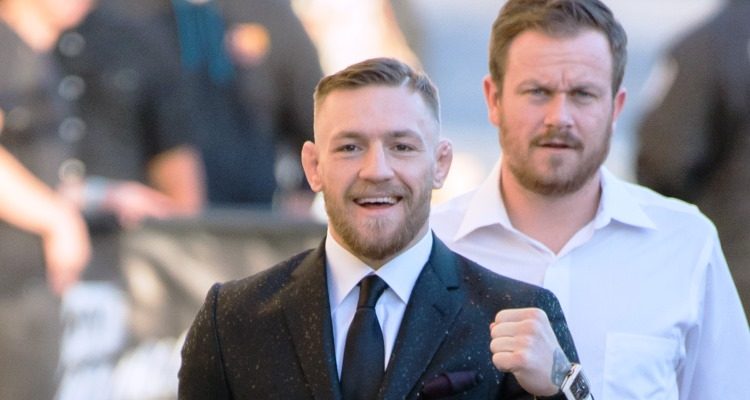 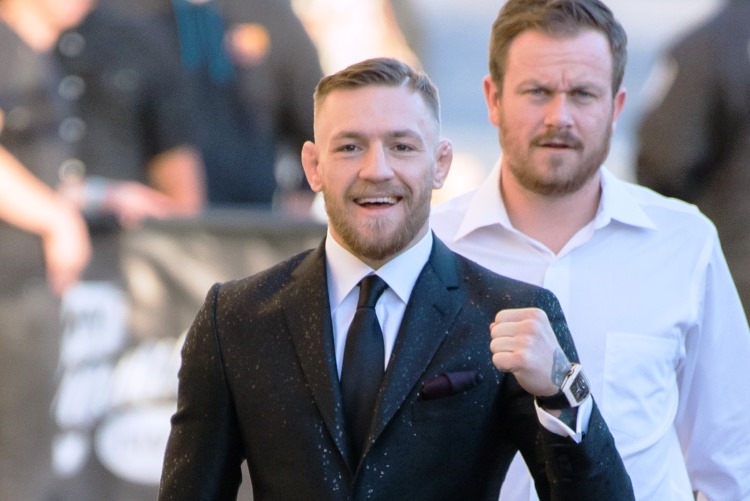 The UFC comes through Saturday night as McGregor goes head to head against Nate Diaz in Las Vegas in a rematch expected to draw in millions of viewers. The powerhouse fighter was taken out by Diaz last March, and needless to say, Conor McGregor’s workout has been as intense as ever as he preps for this fight.

A video was released a few days ago showing part of McGregor’s incredibly intense abs workout:

McGregor’s fighting journey began when he stepped into a boxing club at age 12 in his hometown of Dublin, Ireland.

McGregor mostly wins fights with his fists, and he’s even boasted that he doesn’t just knock opponents out, but he picks the round. Saturday’s fight against Nate Diaz is crucial—McGregor was on an incredible winning streak before his spring defeat, having won seven UFC fights in a row over the course of three years.

Conor McGregor’s training doesn’t mean he beats his muscles to death in the weight room like many athletes do.

What he does instead is listen to his body, intuiting the right exercise for that day, for that moment. Unlike most fighters, he doesn’t follow a strict regimen. But then again nothing about McGregor is typical.

His days starts with water, stretches to help loosen him up and continues to move “throughout the day,” he says. Then he goes to the gym or does whatever he feels like—again following what his body tells him to do.

It could be a taekwondo, jiu-jitsu, yoga, or capoeira class. Yes, he does yoga because mind and body synergy are important to him, as is training in anything and everything because, he says, you can’t become “obsessed with training just one style.”

Sometimes he boxes, but an overall regimen doesn’t work for him. McGregor’s innovative methods of body and mind have inspired other UFC athletes to reconsider how they train.

Conor McGregor’s workout and diet have similar philosophies. He’s always eating good food, he says, and depending on how far out he is from a fight, he might cut out a few things.

He rarely eats take-out, and loves water and coconut water, but won’t ever drink energy drinks. Good, quality meat and staying hydrated are the keys to his diet, as is listening to his body.

The Conor McGregor Workout You Can Do at Home

Below is a Conor McGregor-inspired workout in three parts: flexibility, conditioning, and a bodyweight circuit. Do it consistently and you will see improvements in flexibility, coordination, and balance; increase mental endurance; increase agility; and get a great cardio workout.

Each move should be done for a minute.

Lie on your back with your feet on the floor and knees bent at 90 degrees. Lift one heel off the floor and push back until your head and toes are touching the ground. Hold, relax, and repeat.

Stand with feet shoulder-width apart. Hold arms up and move them forward and then backward.

Stand with your feet hip-width apart, hands on your hips. Move your hips forward and circle for in both directions.

Face a wall. Put both palms against it. Rotate your hips as you swing your leg out.

Hold each of these moves for 30 seconds.

Lie on your back with one knee bent at a 90-degree angle. Put the other leg against it. Pull your knee to your chest to flex the knee, hip, and hamstring.

Start on your knees. Sit back against your feet and stretch your arms forward. Your face should be near the ground.

Sit on the floor with your feet together. Hold the feet and push down on your knees with your elbows.

Lie on your stomach with your palms in line with your armpits. Push your upper body up as you breathe out.

Other Exercises that Help Conditioning

Each move should be done three times for 80 feet.

Start in a high push-up position. Move one hand and the opposite foot forward. Do a push-up with your leg bent, then position other limb in same position and repeat to go forward.

Start with a low, wide stance, knees bent. Twist your heels out. Shift your weight to each side by bending one knee as you move forward and straighten your other leg.

Plan to do five sets of each exercise for a minute.

Grab a horizontal bar with an overhand grip. Curve your back slightly, and pull the upper chest to the bar. Legs are crossed and slightly bent. Squeeze back muscles when at the top, then lower yourself.

With a pair of rings, start a pull-up by positioning your elbows at your sides. At the top pull the rings to your armpits as you roll the shoulders forward, allowing the elbows to move straight behind you.

Stand with feet shoulder-width apart. Begin the movement by flexing the knees and hips while sitting back. Head and chest are up, push knees out. Quickly reverse the motion until at the starting position.