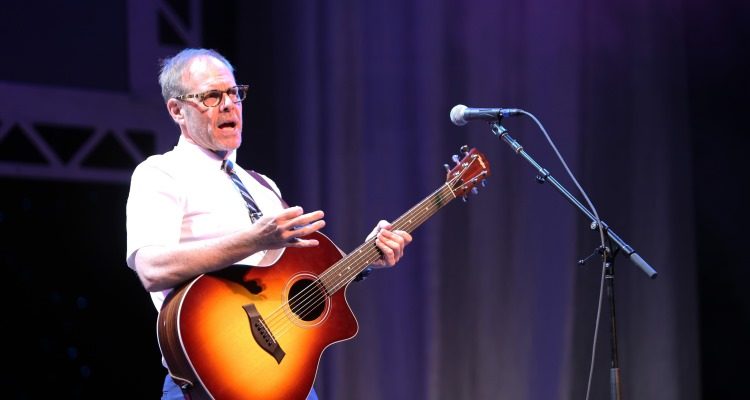 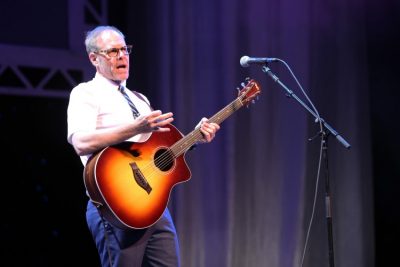 Learning how to cook was never as much fun as it’s been with Alton Brown on the scene. And now the video director-turned-chef is bringing his own special brand of cooking to audiences in a live show he’s taking across the country starting this November.

Alton Brown Live: Eat Your Science is the follow up show to the wildly successful Edible Inevitable tour. He is a popular face on the Food Network where Alton Brown’s Good Eats launched in 1999, a show that was both intelligent and funny, meshing pieces from history, pop culture, and science into every episode.

Alton watched a lot of cooking shows before he started his own, and the motivation to create Good Eats started with his understanding that he could simply do better. He left the film business and moved to Vermont where he studied at the New England Culinary Institute, then poured all of his training into creating his first common sense cooking show. Viewers loved it.

Because of his video and cinematography background, Alton wrote, produced, and starred in each episode. Alton Brown’s first book, I’m Just Here for the Food, won the James Beard Foundation Award for Best Cookbook in 2002.

Alton Brown’s Cutthroat Kitchen is another popular show on the Food Network. This off the wall show is a cooking competition of a different sort, which isn’t any wonder with Brown at the helm. He definitely brings his unique brand of twisting the everyday into something exciting and unexpected where food is concerned. In each episode, four cooks compete in an auction-style setup during which contestants bid on opportunities to sabotage their competitors.

What’s in store for attendees at Brown’s new live show? According to the show’s website, fans will be thrilled to know that there will be more comedy, talk show antics (what are these?? Leaves those of us not able to attend so very curious), multimedia presentations and music (yup, he sings too).

Brown has a knack for interactive fun, especially when he invites an audience member on stage to serve as his culinary assistant. Imagine getting to work with him one on one! According to Brown, “there will be plenty of new therapy inducing opportunities during our audience participation segments.”

The two-hour long show is a family affair for kids (and adults) of all ages. The first show kicks off in Kingston, New York, with 44 shows scheduled so far. The last is in Green Bay, Wisconsin. Tickets can be purchased on his website.