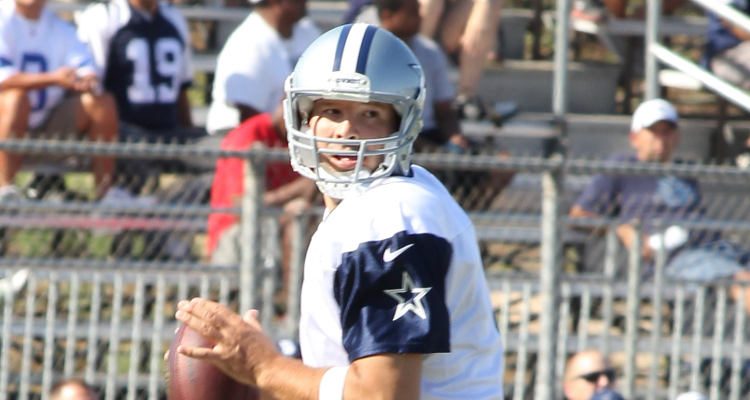 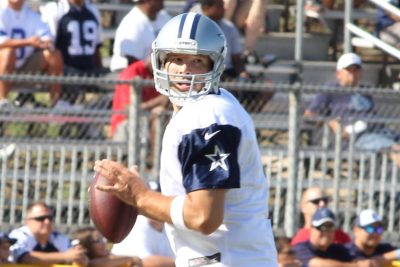 Dallas Cowboys’ wide receiver Dez Bryant and quarterback Tony Romo suffered from injuries last season, but the two football stars are now working out together to get back in shape for their preseason games.

Dez Bryant’s season is already off to a poor start, as the wide receiver suffered a concussion at a preseason game in late August.

This is nothing new for Bryant—or for Romo—as the two NFL stars sat out much of last season due to a variety of injuries; in fact, they only played in three games together.

That is why the two football stars have teamed up to work out before this year’s training camp, honing their football skills and improving their fitness before the 2016 season.

For Dez Bryant and Tony Romo, working out together was one way to get over their injuries from last season and get back in shape for the preseason games.

#TBT to when @DezBryant and the #okstate defense stopped Georgia in its tracks https://t.co/iyrHUEU9vd pic.twitter.com/aDa2IXJr9e

Both NFL stars participated in the training camp. In particular, Romo was said to look very sharp in his practice sessions, participating in all drills and activities.

On the field, Romo was really drilling home the fact that his injuries wouldn’t hold him back. There was some controversy over whether Romo looked a little overweight, but overall, he was said to do well.

Bryant was also in top form during his return to the field, with Romo saying that he came in “good shape” and was starting to work some of the rust off. In fact, for Romo and his teammates, Bryant’s intense energy on the field was said to help fuel their own performance and help them play at a higher level.

Given that both Romo and Bryant were able to get into good shape quickly after their injuries without training, it’s clear that their joint workout routines paid off.

So what specific workouts did Tony Romo and Dez Bryant do?

Dez Bryant’s intense ab workouts have become somewhat infamous. There is no doubt that Bryant has shredded abs, and he uses more than simple crunches to develop his torso.

Where have u gone Joe DiMaggio. pic.twitter.com/9d5aElp13d

Bryant actually does vertical crunches, wrapping his legs around a punching bag and raising himself up with his ab muscles. This insane exercise technique was part of his routine.

For Tony Romo, physiotherapy was crucial for recovering from some of his past injuries. Romo focused on exercises that helped stabilize and strengthen his core, as well as sport-specific exercises, such as throwing, jogging, and footwork.

While the exact details of what Romo and Bryant did to prepare for this season are unknown, it’s clear from their performance at the training camp and in practice sessions that their workouts were effective.