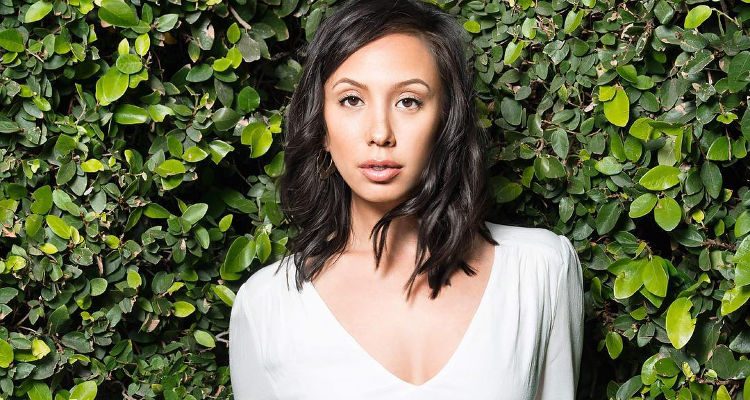 It’s back! The new Dancing with the Stars (DWTS) cast was announced on Good Morning America Tuesday and the lineup of stars looks phenomenal.

Returning for season 23 is none other than fan favorite Cheryl Burke, who has been paired with scandal-plagued Olympic swimmer Ryan Lochte.

Burke, 32, is a two-time Mirrorball Trophy winner, having competed in seasons 2 through 19. Since both stars are already in extraordinary shape for their careers (swimming and dancing), proper diet and workout routines are a comfortable pairing for this dance duo.

Still, the days are long when rehearsing for an event as grueling as DWTS and their diets must include more carbs and more fuel, in general, to keep them going strong.

Cheryl Burke admits to having tried every weight loss plan out there. The 5-foot-4 dancer faced harsh criticism on social media in 2008 when a few unkind people on the Internet labeled her fat, which she was not in any way, shape, or form, but that’s the Internet for you.

Having yo-yoed with her weight for years as a result of restricting her food intake, Burke knew that any weight she dropped would likely come back (and it typically did). How normal and relatable is she?

In 2014, Burke showed off a leaner, 15-pounds-lighter frame, and the dancing beauty has managed to keep it off for good this time. How did she manage that?

Burke decided to say good riddance to traditional diets to see if it impacted her weight loss. Her plan included limiting dairy products to avoid bloating (which happens for some people), and ate portion-controlled amounts of healthy “clean” foods that were minimally processed, such as Greek yogurt and lentils. She did allow herself to indulge on occasion in one of her favorite style of foods, Mexican.

What follows is a run-down of what Cheryl Burke eats on her new diet, though it is more like a lifestyle change than a diet as we know the word to be. And really, that is often the key to weight loss – getting out of the “diet” mentality and simply switching to a new mentality that allows for eating, but within certain parameters. Eating clean, organic, fresh food is a great place to start.

Feel free to tweak according to taste but make sure the foods you choose are clean.

For breakfast, Burke says she likes to fill up on turkey bacon and egg whites, sometimes in a wrap or without. Eating a lot of protein keeps you fuller longer, so this is a good choice first thing in the morning.

Lunch is usually a Cobb salad, swapping turkey bacon again for the standard pork, and she gets the dressing on the side so she can control the amount.

Dinners for Burke are often a healthy on-the-go option, such as lentil soup or lentil, peppers, and corn salad from Whole Foods.

Cheryl Burke’s workout routine during DWTS is intense, so perhaps she fuels up with more carbs when she is prepping for the show.