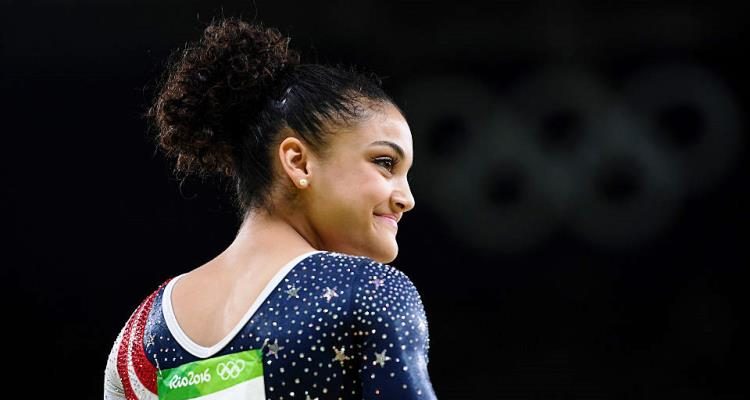 This week on Dancing with the Stars, Laurie Hernandez, who is partnered with pro dancer Val Chmerkovskiy, earned the season’s first perfect score. It was Cirque du Soleil week on Monday’s DWTS. The Olympic gold medalist and Chmerkovskiy showed off a bit of a wild side with a flawless jazz routine danced to Michael Jackson’s song “The Way You Make Me Feel.”

Hernandez and Chmerkovskiy were able to perfectly copy the king of pop’s stage presence with their performance. The judges were completely blown away, and judge Julianne Hough could hardly contain her excitement over the performance. Judges Bruno Tonioli and Carrie Ann Inaba were also incredibly impressed by the performance. Inaba told them that their every move was perfectly defined.

Hernandez says that the set made her feel like she was in a real-life music video. The routine she and Chmerkovskiy did incorporated acrobatics that involved a number of moving set pieces. The scoring itself totally surprised the Olympic athlete because they hadn’t yet received a nine. Days before receiving top marks at DWTS, Hernandez, along with her other “Final Five” teammates, were in Washington visiting the White House to attend a ceremony with President Barack Obama

How does the 16-year-old manage DWTS and going to school? Well, she says she had a harsh gymnastics training schedule leading up to her performances at this past summer’s Rio Summer Olympics, so she is well versed in how to fit school in to a busy schedule. Being homeschooled (since grade three) allows her to fit in studies around her training schedule.

She says that dancing is an entirely different ballgame when compared to training for the Olympics. However, she did take ballet while growing up, so she isn’t completely new to the world of dancing. She was definitely fit to start with so that gives her a definite edge.

Training to be an Olympic Athlete

Hernandez trains at Monmouth Gymnastics Academy in New Jersey, and joined her first recreational gymnastics class when she was five. At seven, Hernandez caught the attention of her coach, Maggie Haney, who has been coaching her since then and helped her qualify for the Olympics.

Training to be an Olympic level athlete of any kind requires an immense amount of dedication, as they do an intense variety of workouts in order to build all over body development and strength. Often the training routine is broken into two sets: one in the morning, and then one in later afternoon, lasting as long as four hours. The goals are to increase endurance, strength, cardio, and perfect every move and the landings, especially because the landing in gymnastics is crucial to getting a perfect score.

When she’s done her gymnastics career, Hernandez says she’d love to keep performing, but as an actress. She’s sure to succeed at whatever she puts her mind to.