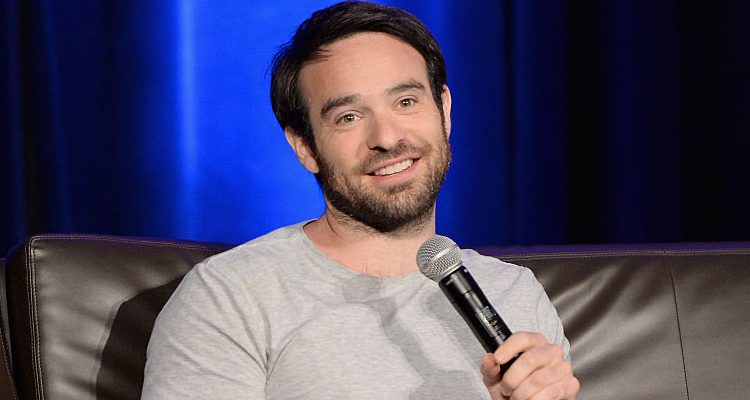 Daredevil star Charlie Cox is gearing up to star in The Defenders. The TV show will premiere in 2017, but aside from Daredevil, you can also see some of your other favorite Marvel comic book characters including Elektra and Bullseye.

In order to get superhero ready, Cox had plenty of training to do along with making changes to his diet. For starters, he went on a carbs diet in order to achieve weight gain. This is how he managed to become so muscular.

Let’s take a deeper look into how Cox went from zero to superhero status.

Cox admitted that prior to gearing up for Daredevil, he wasn’t that in shape. He wasn’t a gym-goer and really would only go for the occasional run. That is a much different training regime than the one Cox had to endure to become a superhero.

Therefore, to improve his physique and abilities Cox teamed up with personal trainer Naqam Washington.

In order to improve Cox’s abilities, Washington merged athlete-style training with MMA movements and even Thai boxing. This allowed Cox to not only refine his body, but to also be functional with it, too.

Cox is naturally skinny, so in order to put on weight, he had to go on a carbs diet. He increased his meals to six or seven a day—all with carbohydrates—to fatten himself up. This way Cox was able to turn that added fat into muscle. Washington explained Cox’s eating routine in an interview with Business Insider and said, “So if Charlie wants to gain weight in lean muscle mass, his caloric intake has to be more than his energy expenditure, mathematically. If you want to lose weight, your energy expenditure should be more than your caloric intake.”

As for his workouts, Cox was in the gym five to six days a week. He admitted that he will go extra hard at the gym before shooting takes place so that in case he can’t get to the gym during production of Daredevil, he can still maintain some of his results.

Due to his busy schedule, Cox works out with Washington for an hour and 15 minutes each session, sometimes going longer if Cox’s schedule permits.

Lastly, Cox trains his muscles in a functional way. Washington explained, “We’ll do some primary muscle, but in a sport-specific, functional way, not the heavy three sets of 12, then you rest… We did none of that.” Washington is referring to the old-style way of going to the gym each day and only focusing on one muscle group at a time, such as a leg day or shoulder days.

Charlie Cox, with the help of trainer Naqam Washington, managed to improve his typical skinny body into that of the superhero Daredevil with plenty of hard work and diet changes.