Home > Celebrity Diets > David Beckham Looks Fit as Ever at a Promotional Event: Victoria Beckham’s Spouse Is a Fitness Enthusiast 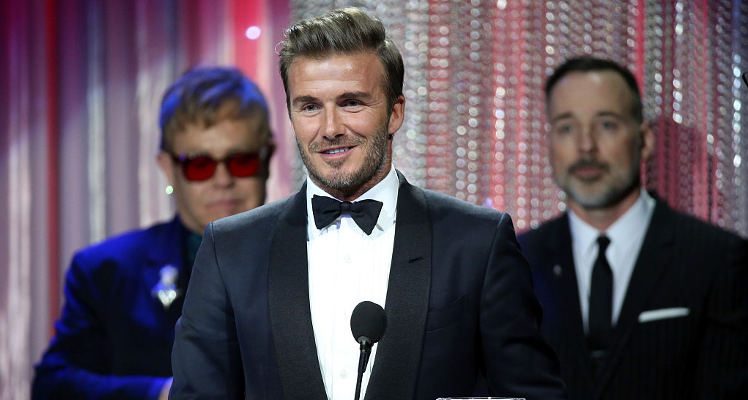 We know where Brooklyn Beckham gets his love for fitness from: his father David Beckham. Victoria Beckham’s husband was spotted with friend Guy Ritchie leaving Barry’s Bootcamp, and Beckham looked incredibly fit.

Barry’s Bootcamp is known for their intense workouts, which have been compared to the training of Navy Seals. The Beckham’s have become fans of Barry’s Bootcamp since 2014 and haven’t left since.

Along with boot camp, Beckham enjoys the very popular SoulCycle fitness classes which many celebrities, including Ariana Grande and Lea Michele, enjoy.

The 41-year old retired soccer player still looks like he can keep up with younger soccer stars today. His athletic physique is a result of both indoor and outdoor training and workouts. His focus is on compound movements and exercises, and he conducts cardiovascular exercises, weight exercises, core and ab workouts, and agility training. You don’t become an Armani underwear model by just looking average; Beckham’s physique is extraordinary, and it’s because of all the work he puts into his body.

As for his eating habits, Beckham sticks with less fat and consumes fish or chicken. He actually gets the majority of his nutrients from vegetables. As for his carbohydrates, he opts for complex carbs which are good to provide energy while also lowering fat content. Some examples of complex carbohydrates include cabbage, spinach, soybeans, and cauliflower. He avoids products like white rice, white bread, and cereals.

Beckham also avoids foods that can contribute to bad cholesterol; instead, he swaps these for healthy fat foods like yogurt, olive oil, and nuts.

Rather than eating three meals a day, Beckham has smaller meals and snacks in regular intervals throughout the day to keep him well-fueled and energized.

It’s important that Beckham stays well nourished, as he is often burning off plenty of calories. Clearly his fitness regime has contributed to Beckham maintain his sex symbol status and has kept him looking good into his 40s. Furthermore, it’s good to see that his eldest son has taken note of his healthy lifestyle habits and has adopted them.

David Beckham is one hot dad with a stunning wife who he is madly in love with. By maintaining healthy eating habits along with regular workouts, Beckham has shown the world that you can very much slow down the hands of time and achieve a youthful look at any age.