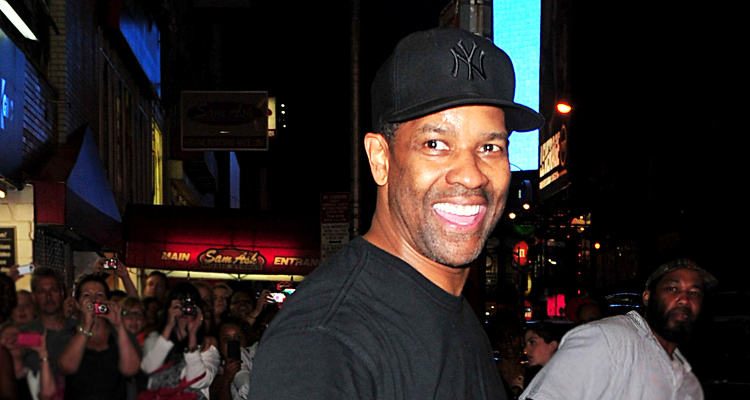 Denzel Washington’s new movie Fences, which comes out in December, is about a former baseball player whose son wants to play football. The new Fences trailer looks fantastic and Washington likely has another hit on his hands with this drama pic.

Denzel Washington’s age hasn’t slowed this movie star down at all and at 61, the actor is looking fit and in terrific shape.

Washington has earned himself two Academy Awards, a Tony Award, and three Golden Globe Awards in a long career that has seen him deliver one emotional and compelling performance after another.

He puts as much into his fitness regime as he does into his roles; and that’s saying a lot because this is one of Hollywood’s finest actors who gives every role his very best. Whether Washington is boxing, doing interval training, or one form of cardio or another, he always gives 100 percent.

Five days a week, Washington does 10 rounds of boxing, which provides him with a great combination of resistance training and cardio.

The end result of this activity is burning fat and toning and building muscles. Boxing is an incredible all-over body workout that works many major muscle groups in the legs and arms and back.

It also helps with coordination because of the footwork that needs to be mastered when sparring. A good solid hour of boxing can burn up to 1000 calories. Washington applies interval training to his boxing workouts. What this means is that he boxes for, say, three minutes straight, rests for a minute, then boxes for another three minutes – and so on for a set amount of time.

Washington’s diet is about as pragmatic as the actor seems to be. For him, having portion control is key. The star allows himself to eat what he wants but does so in moderation, keeping serving sizes controlled.

Because he works out so vigorously, his diet would have a lot of protein-rich foods in it, and post-workout protein smoothies are likely a go-to snack for him. Protein helps build muscle and is the perfect recovery drink after a hard training session.

High-protein diets, such as the one Washington follows, contain foods like turkey, chicken, salmon, beans, and legumes. He sticks to simple, complex carbs such as brown rice, quinoa, and sweet potatoes, and follows a low-carb diet for the most part. In 2013, the actor announced that he was a vegetarian, though he did admit to having days where he’d slip up and have chicken.

In 2004, Washington said in an interview that if he even looked at a Krispy Kreme donut he’d gain weight. Looks like he’s one of us after all and has to watch his weight and what he eats. Eating a healthy, clean diet and exercising regularly are surefire ways to stay in shape and feel your very best.