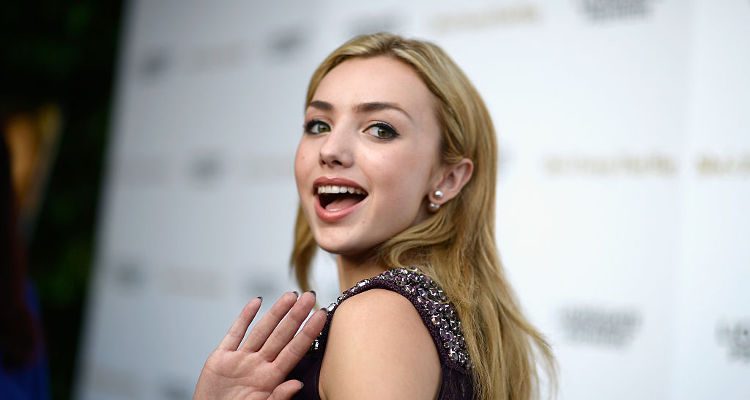 Disney star and American actress Peyton List looks super fit with YouTuber Logan Paul in the trailer for The Thinning. The social media entertainer, Paul, often posts his mind-boggling videos on Vine. He is seen doing splits all over the town. But he did not wake up one day knowing how to split. There must be a lot of efforts behind that act.

The stars have shared their workout and eating habits for their fans.

The gorgeous List told Twist, “I try to work out like 4 times a week. I’m not a happy person if I don’t work out.” She shared, “It releases endorphins and makes me so much happier. If I’m not working out, I get depressed. It’s funny because I’m always on the go and always running around.” The first thing she does after waking up in the morning is stretch and drink lots of water. She mentioned that her mom taught her eating habits and ways to stay healthy from a young age.

List says she learned hockey and gymnastics for her character, in two weeks. It was super intense. She was not flexible in the beginning but gradually her body became elastic.

List is just 18 and pretty young to think about her body. She loves indulging herself in her favorites just like others girls of her age. Still she does not put on weight. She might have a great metabolism. Though she craves junk food, she knows that it can make one feel weaker and less energetic.

When indulgences are on her mind, she opts for nutritious but delicious foods. She enjoys a protein-rich diet of sardines, beans, and yogurt. Black tea is another favorite to detoxify her system.

Her beauty secrets are having lots of water and opting for a good sunscreen. She ensures that she removes her make-up before going to bed, however exhausted she may be.

Paul told BuzzFeed News last year, “In my endeavor to become the sexiest man in the world, I learned that when you’re flexible, you’re sex-able . . . So I decided to stretch all the time and before I knew it I was able to do the splits!”

Ask Men caught up with the star to find out how he maintains flexibility. Paul revealed that he works out six times a week. Dieting is a struggle for the Internet star, and he eats keeping in mind the end goal. He is conscious about his intake and eats only greens and high-quality protein (at least 100 grams per day) like eggs and chicken.

He has got rid of unhealthy and nutrient-deficient foods like pasta, breads and dairy. Paul says he drinks at least 2.5 gallons of water a day.

He feels that you have to do things that no one else is willing to do to be great. The social media star is really social! He says it’s his duty to inspire any of his followers to work their hardest so they can reach their full potential.