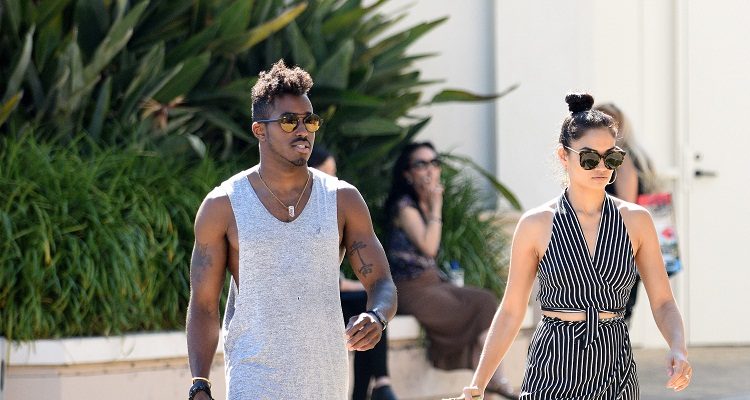 DJ Ruckus and his fiancé Shanina Shaik, a Victoria’s Secret model, have a healthy food plan and do regular yoga workouts to keep in shape.

DJ Ruckus has been called one of the “most sought-after DJs in the world.” His talent as a DJ is undisputed, and his fans include A-list celebrities, musicians, and athletes. Keeping his DJ skills in top form is important for Ruckus; but for his fiancée, Victoria’s Secret model Shanina Shaik, staying healthy is the key to her success.

That is why Ruckus follows Shaik’s healthy diet and exercise routine. The music superstar admits that he is influenced by the healthy lifestyle of his fiancée. In fact, Ruckus recently gave fans a glimpse of the diet him and Shaik enjoy, uploading a picture to Instagram of a delicious meal prepared at his home by a master chef.

Both DJ Ruckus and Shanina Shaik are on the road a lot of the time, which can make it hard to stick to a healthy diet plan.

As a DJ with a residency, Ruckus travels 260 days a year. As a supermodel with Victoria’s Secret, Shaik is also frequently traveling abroad. Their hectic schedules don’t leave them much time for healthy eating.

Ruckus says that it’s a struggle for him to eat healthy while traveling. He tries to avoid eating airplane food whenever he can. His biggest secret to staying lean is his fast metabolism. Ruckus says that he is blessed with a metabolism that keeps him from gaining too much weight, even when forced to eat unhealthy foods.

While Ruckus can get away with eating a little unhealthy, Shaik doesn’t have that luxury. As a model, her diet and figure are very important to her career. She follows a fairly strict diet, eating plenty of meat, vegetables, fruit, and other nutritious foods.

In particular, Shaik says that her diet contains a lot of protein. She starts off her day with a protein shake, and has protein with nearly every meal. She enjoys eating pineapple, mango, banana, salads, and spinach, which are all nutritious and help her get a good intake of vitamins.

DJ Ruckus and Shanina Shaik both also do regular exercise to stay in shape. Shaik is a big fan of yoga, and Ruckus says that she has inspired him to start practicing yoga too.

When they’re in the same city, Ruckus and Shaik like to practice yoga together. Ruckus says that while their routines differ slightly, he has become more influenced by Shaik’s training, adding more calisthenics and cardio to his own routine.

Of course, Ruckus’s traveling schedule makes it difficult for him to work out as much as he wants. He says that he tries to stay in hotels that have gyms, but that it’s not always possible to squeeze in exercise. For Shaik, her training routine is more firm, as her career depends on staying fit.

So if you want to get in better shape, eat healthy foods, do yoga, and train regularly, like Shanina Shaik. If you can’t always squeeze in training or healthy meals, you may still be fine, assuming you have a fast metabolism like DJ Ruckus!