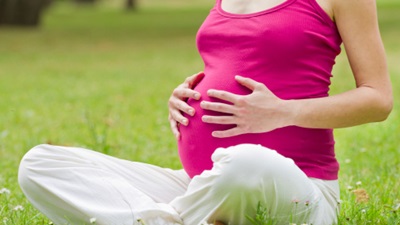 As a mother of a 21-month old and expecting our second child later this month, I have been made aware time and time again about the importance of avoiding eating fish while pregnant, as the mercury in fish could harm my unborn child’s developing brain.

The majority of us know that fish is one of the most common sources of exposure to mercury, due to the natural erosion and industrial waste which accumulates in streams and rivers, and in some cases can make its way into oceans as well.

From the countless maternity books and websites I visited while I was pregnant with my first child, I found out that I should seriously avoid shark, king mackerel, swordfish, and tuna due to high mercury levels. Fish like tilapia, herring, and trout contained among the lowest amounts of mercury and could be eaten in moderation without fear of causing my unborn child any harm.

However, a new study from researchers at the University of Bristol suggests that I may not have needed to worry so much about eating fish—even those varieties that are reportedly high in mercury. The study, published last week in Environmental Health Perspectives, raised the question as to whether seafood was in fact the main contributor of mercury accumulation in the body. What they found was that astonishingly, fish may only account for less than nine percent of the mercury levels in the human body. This means my fears from the past eight months over mercury levels in fish may have been unjustified.

The researchers analyzed information from the Children of the 90s study, which included data on 103 food and beverage items consumed by 4,484 women during pregnancy. Altogether, these items accounted for less than 20% of total mercury levels in the women’s bodies.

Surprisingly, the food items with the highest mercury content were herbal teas and alcohol, with wine having a higher level of mercury content than beer. The levels in herbal teas were an unexpected finding and could suggest that teas might contain some toxins.

Researchers say that based on these findings, there may need to be some revisions made to the policies that advise against eating fish during pregnancy, since limiting women’s seafood intake may not significantly reduce their mercury levels.

Jean Golding, professor at the University of Bristol in England shared those sentiments in a press release. “We were pleasantly surprised to find that fish contributes such a small amount to blood mercury levels. We have previously found that eating fish during pregnancy has many health benefits for both mother and child. We hope many more women will now consider eating more fish during pregnancy.”

One such benefit is that eating fish during pregnancy can have a positive effect on a baby’s IQ and eyesight. This is due to the healthy omega-3 fatty acids found in fish.

However, as I’ve said before, everything in moderation is key, and this study shows that us mothers-to-be may no longer need to be so fearful about enjoying a great fish dish.