Home > Advice > Does Bread Make You Fat? Nutrition Facts You Need to Know 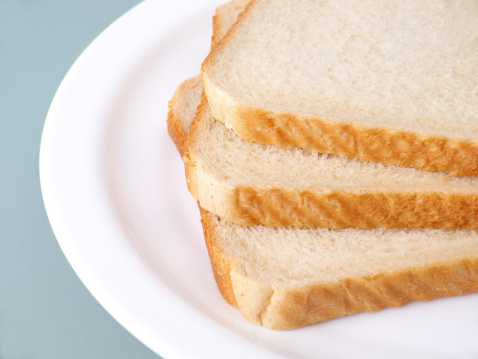 Over the years, the USDA Food Guide Pyramid and the MyPlate initiative has told everyone the importance of eating grains. Now the message from the USDA is focused on eating whole grains, which still include whole wheat bread.

High carbs and bread nutrition are often promoted in schools and doctors offices; however, this dietary approach has mostly been a failure, with two-thirds of the American population being overweight or obese.

Is the problem, simply put, that bread makes you fat? Or, rather, does bread contribute to the problem?

Why does bread make you fat? There is definitely a connection between weight gain and eating bread, with several reasons why bread makes you fat. Let me explain…

Does Bread Really Make You Fat? Link between Bread and Weight Gain

To help explain why bread makes you fat, it is important to answer some simple questions:

Both questions require a similar answer. First, bread is a processed and refined food with lots of empty calories that most people eat in excessive amount, and this can have a drastic impact on the digestive tract and blood sugar levels.

It is important to acknowledge that although there are some healthy nutrients in bread, the effect bread has on the body and how the body uses those nutrients is a different story.

Bread and complex carbs are often sold to people as a quick source of energy, but this is exactly why breads make you fat. You see, bread is rapidly converted into glucose, i.e. sugar, and stores as fat in the body.

When blood sugar levels get too high, the body releases insulin to help deal with the problem. Insulin, in particular, is the powerful hormone that is responsible for storing that fat, and without an increase in insulin, it is actually quite difficult to gain weight.

A diet high in carbs like bread will prevent stored body fat from being used as fuel, and the body never has an opportunity to switch to using the fat as an energy source.

A small amount of glucose is stored in the muscles and liver, but the rest is found in the adipose tissue, or the fat storage center of the body. First, fat is stored around your hips and waist, then it will store it pretty much anywhere on the body. As a result, any high-carb food like bread makes you fat.

There are also other hormones in bread called xenoestrogens. In women, these chemicals store fat on the thighs and hips and lead to weight gain around the waist and an increase growth of breast tissue in men.

This is good because gluten has a variety of negative impacts such as malnutrition and weight gain. Gluten interferes with the body’s digestive tract, which leads to weight gain and other problems.

Is bread good for you at all? Some people argue that 100% whole grain is actually a great source of nutrients. For argument’s sake, let’s take a look at some bread nutrition facts. 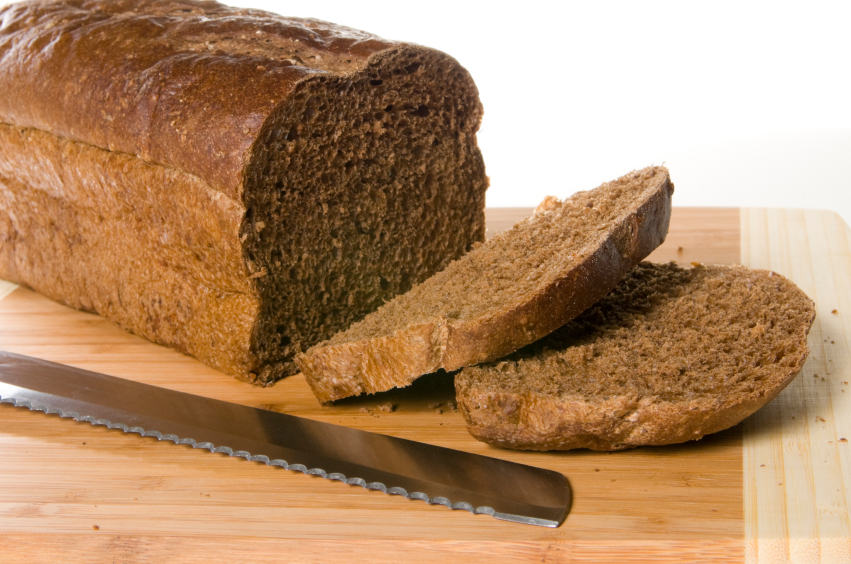 One slice of whole-wheat bread contains:

which is why you may feel full after a large sandwich. Whole-wheat bread is also a poor source of fat but does contain some vitamins and minerals.

For instance, the whole-wheat bread is a good source of manganese and selenium. It is also a source of:

That said if your body is sensitive to wheat and gluten, gut inflammation results. This will make it difficult for your body to absorb any significant nutrient from bread or wheat products.

Besides getting fat, there are other health risks of eating bread. Let’s take a look at other reasons why eating bread is bad.

The gluten in bread not only contributes to weight gain, but it is also associated with serious brain disorders like cerebellar ataxia and schizophrenia in those with sensitivities.

Studies even show that in people without celiac disease, gluten will damage the digestive tract wall, and cause bloating, abdominal pain, tiredness, and stool inconsistency like diarrhea or constipation.

Other symptoms related to gluten sensitivity include:

Try removing gluten from the diet for 30 days. After that, reintroduce it and see if the bread affects you.

For the study, 36 men were randomized into a whole-wheat cereal group or a whole oat cereal group. The whole oats would significantly improve blood lipid profile by lowering the LDL cholesterol and small, dense LDL.

Like most processed foods, most commercial bread products will contain some type of sugar or high fructose corn syrup. Most grains also contain phytic acid, which is often considered to be an anti-nutrient.

Phytic acid is basically a molecule that will block the absorption of essential minerals like zinc, iron, and calcium, according to a 2002 study published in the International Journal of Food Science and Technology. However, soaking grains before baking can degrade phytic acid and improve mineral availability.

4. Bread is Particularly Low in Nutrients

Remember when I said that bread contains some nutrients. Well, there is no nutrient in bread you can’t get from other foods like whole foods. Even whole wheat bread is not as nutritious as most may think. Also, by damaging the intestinal lining, gluten will also decrease the absorption of all nutrients.

Grains are also a poor source of protein like essential amino acids. The wheat fiber also causes the body to burn through its vitamin D much quicker, and can therefore lead to vitamin D deficiency, diabetes, and cancer. What should you eat instead of bread? There are lots of other healthy carb sources available. For starters, you can eat whole grains without the bread.

Some healthy choices include spelt, couscous, barley, and bulgar. For those with gluten sensitivity, it is wise to choose millet, brown rice, amaranth, teff, or quinoa.

So, there are ways to get around eating bread. However, you may also want to think about increasing your fat intake as well as a fuel source.

Some of the better sources of fat include ground flaxseed, chia seed, avocados, coconut oil, organic ghee or butter, and fatty fish like wild salmon or rainbow trout.