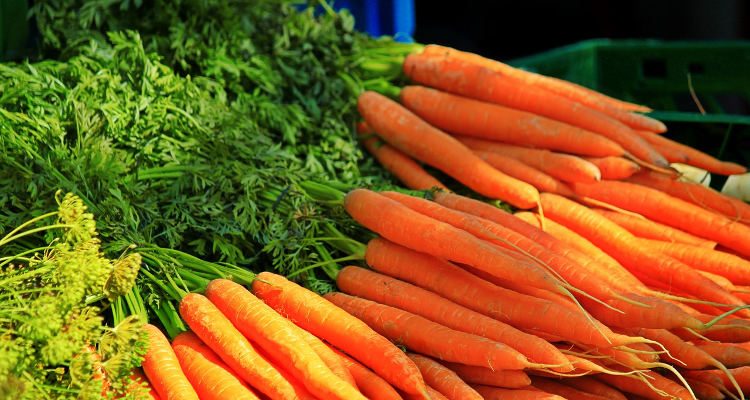 It’s one of the oldest folktales around—eating carrots can improve your vision. In fact, if you wear glasses, your parents might have said it’s because you didn’t eat enough carrots as a child. So, is this myth based on any medical facts?

Many studies have tried to examine this concept with mixed results. The idea is that the body converts beta-carotene—the nutrient responsible for giving carrots their orange color—into vitamin A, which is important for healthy eyesight. A study published in the Australian and New Zealand Journal of Ophthalmology analyzed the dietary habits and night vision loss of 3,654 men and women. After reviewing the data, researchers found that a higher intake of beta-carotene was associated with a greater self-reported decline in night vision in women, with no similar association in men.

Studies on populations in developing countries have found diets enhanced with vitamin A can help restore vision in people at risk of blindness. In one study, pregnant and night-blind Nepali women who enriched their diets with vitamin A—either from supplements or from foods like carrots and liver—were compared to pregnant Nepali women who could see fine at night and had no vitamin A deficiency. They were treated six days a week for six weeks, and at the end of the study, almost all the night-blind women made a full recovery.

Here’s some more food for thought: according to the National Center for Health Statistics, most Americans get their recommended daily intake of vitamin A (about 3,000 international units, or IU, for men and 2,300 IU for women) from carotenoids, which give plants and animals their color and contain vitamin A. (Beta-carotene is a form of carotenoid.) Despite receiving the recommended daily intake of vitamin A, millions of Americans over the age of 40 have vision problems: 22 million Americans suffer from cataracts; two million Americans have glaucoma; and more than 3.5 million people are visually impaired. That doesn’t lend credibility to the myth that eating carrots can improve your vision.

Based on current research, there is no real support for the theory that an increased intake of beta-carotene can improve your vision. Vitamin A is important for your eyes, but loading your diet with beta-carotene will not allow you to throw away those glasses. In fact, some people believe that the myth originated during World War II, when British soldiers claimed that an increase in their carrot intake was the reason why their vision was so clear, explaining their improvement in shooting down Nazi bombers. The real reason wasn’t the carrots, but a new radar system; the carrot myth was spread as a disinformation tactic that caught on with the public.