Home > Food Facts > Does Your Daily Bacon Come With a Side of Infertility? 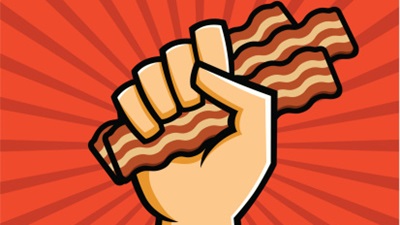 For all the men out there who enjoy the aroma and taste of bacon, you might want to think twice before you fry another slice: a new study has found that bacon can adversely affect male fertility.

Harvard University researchers monitored the food consumption of 156 males who were involved with in vitro fertilization with their partners. The men were questioned regarding their specific intakes of foods like white fish, white meat, processed meats, red meat, salmon and tuna.

“We found the effect of processed meat intake lowered quality and fish raised quality,” according to the lead researcher, Dr. M. Afeiche.

This study is quite interesting because it shows that you or your partner’s lifestyle dynamics can influence your successful infertility. It is quite well known for instance that smoking, alcohol or drug consumption, obesity, chronic disease, and stress can negatively impact your fertility.

In contrast, the men who ate the fish on a daily basis would have higher concentrations of the omega-3 fatty acids EPA and DHA which would keep inflammation levels lower and serve to act as a better source of lipid precursors to sperm production

Although bacon seems to be a really popular food item to consume, my advice is to eat this very sparingly. Try the leaner, free range peameal bacon for a leaner and more nutritionally-sound experience.