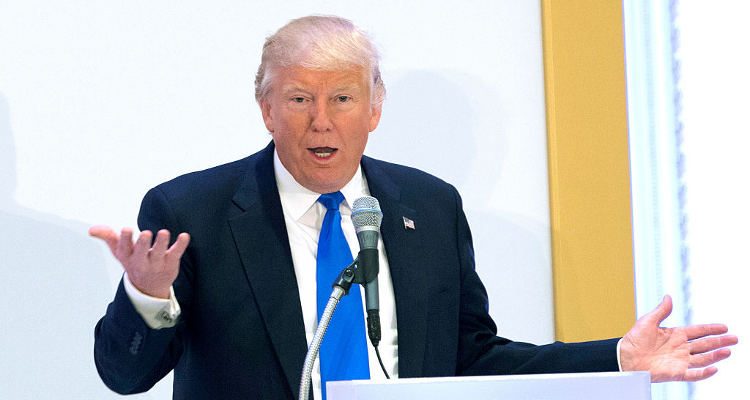 Donald Trump, the new president of America, is a fast food fanatic and enjoys such greasy meals several times a week. The 45th president of America is frequently seen devouring junk foods like burgers and buckets of Kentucky Fried Chicken with gravy. Looks like Trump’s diet is not a very healthy one.

In his quest of becoming America’s one true president, Donald Trump is dangerously living the American fast food diet culture. He often grabs a bite at McDonald’s, and his favorite burger is the Filet-O-Fish. His other favorites include the Big Mac, french fries, and the Quarter Pounder. Trump has even endorsed McDonald’s and showed his steadfast love for the international fast food chain by doing a commercial in 2002.

Speculations on Donald Trump’s diet revealed that the business mogul has a very high-protein diet with absolutely no fruits and vegetables. He eats bacon and eggs for breakfast and indulges in junk foods for lunch and dinner. Nutritionists across the country are unanimous in their censure of Trump’s risky diet.

Jo Travers, a dietitian and author of The Low-Fad Diet, says that bacon is a processed pork product, and it should be avoided as it increases the risk of cancer. She also says that an all-protein diet with no fiber component affects the immune system, which leads to diseases and infections.

Despite having a fantastic crew of five chefs in the White House, Donald Trump doesn’t like healthy, gourmet meals. Instead, the the President hankers after meat loafs, Caesar salads, and spaghetti with meatballs. Between long meetings and making life-altering decisions, President Trump enjoys bags of Doritos and Lay’s Potato Chips. He also loves to indulge in well-done steaks.

In a recent interview with Dr. Oz, Trump said that he takes “Lipitor” for high cholesterol! He further added that he doesn’t like to exercise regularly either. Trump usually wraps up his super fattening meals with some calorie-rich cherry vanilla ice cream.

The only speck of silver lining in Donald Trump’s otherwise unhealthy diet is his abstention from alcohol, coffee, and tea.