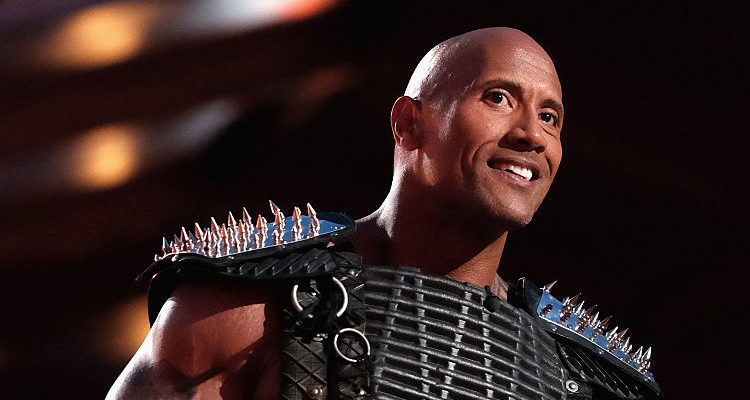 Guess who this year’s People magazine’s sexiest man of the year is? None other than Dwayne Johnson, also known as The Rock. The sexiest man alive 2016 posted a picture to Instagram a few days ago, with the cover of the magazine declaring him this year’s choice, standing up amidst some delicious looking Thanksgiving pies. There’s lots to be thankful for these days in the Johnson household.

The caption to the photo reads like this: “Had a grateful Thanksgiving today. Sexiest Man Alive just swimming in warm pie. As per yoosh Happy Thanksgiving to everyone out there and I hope you created some great memories today with your families and no one past or future will ever have as much fun with this title of #SexiestManAlive as I will;). #OnlyAteTheSexiestPartsOfTheTurkey #AsPerYoosh #HappyThanksgiving”

Had a grateful Thanksgiving today. Sexiest Man Alive just swimming in warm pie. As per yoosh. Happy Thanksgiving to everyone out there and I hope you created some great memories today with your families. ..and no one past or future will ever have as much fun with this title of #SexiestManAlive as I will;). #OnlyAteTheSexiestPartsOfTheTurkey #AsPerYoosh #HappyThanksgiving

Building the body of a demigod, which is what Johnson played in his summer movie Hercules, takes an enormous amount of discipline and routine, if not a boring diet and lots of cardio, abs workouts, and weight lifting. Playing the son of Zeus comes with many restrictions, but an amazingly strong and muscular body at the end of it. The goal for the new dad was to create the biggest and baddest version of Hercules that had yet to be on film, and it is safe to say he accomplished just that.

Training is no issue for this former WWE wrestler, because he trained much of his life to be a pro football player and then continued that when he was a professional wrestler. So, what were his secrets to creating a lean and muscular frame? Working out a lot and regularly, along with a nutrient-dense and protein-rich diet.

Johnson told Train magazine in an interview this past October that “for different roles my condition and training and diet does alter. Depending on the role, it will really dictate the type of training I do. For Hercules, it was a 22-week diet.”

His look for Hercules was big and mean, he says, and that required ramping up his already vigorous training schedule. He worked out six days a week, starting at four in the morning doing cardio and some lifting before heading to set for filming. “Even when I’m not filming I get up between 3 and 5 a.m. just to train.”

He works out for about 90 minutes, and he trains hard when he’s there. The Fast and Furious star prefers to focus on one body part at a time each day. One day is the legs, then the next is making his back stronger, another focuses on his abs, and then there is an arms day. Working out anchors his day, and for him it is his yoga, meditation, and therapy all in one. He works out year-round, even if there is no movie to prep for.

So, what kind of diet matches this level of physical output? Johnson says he had a 22-week diet where he’d “eat a bunch of egg whites, filet mignon, chicken, fish, oatmeal, broccoli, asparagus, a baked potato, cream of rice, salad and complex carbs.” Everything was meticulously measured and weighed.