Home > Food News > Dwayne Johnson’s Workout and Diet Plan: How “The Rock” Got in Shape for Hercules, Furious 7, Baywatch, and Fast 8 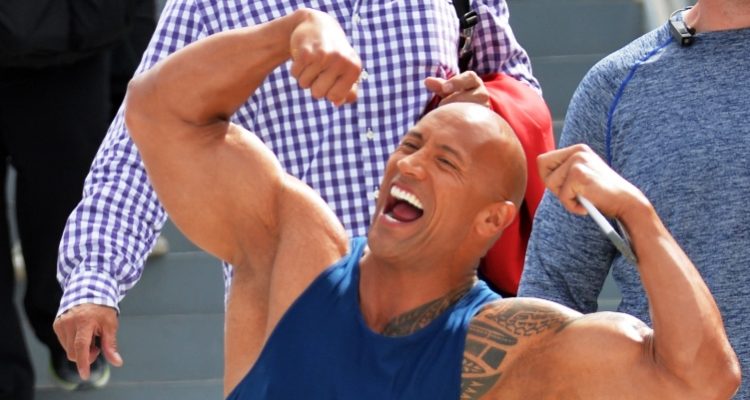 Do you smell what “The Rock” is cooking? More movies, it seems, and it’s his diet plan and workout for Hercules, Furious 7, Baywatch, Central Intelligence, and Fast 8 that have us wondering how he looks so good. A lean, mean muscle machine in his own right, Dwayne Johnson is known not only for his superior acting skills but also for his amazing body in his film roles. He steals the spotlight so naturally with his confidence, and his physique speaks for itself. What are the secrets to his body?

Johnson was a wrestler for the WWF (later the WWE) and was the heavyweight champion six times. He has an incredible work ethic, but just like anyone in Hollywood, he had to prove himself. Many probably expected Johnson to be just another muscle man with little talent as an actor, but he exceeded people’s expectations by being more than a guy with a good body. Audiences loved how he brought his characters to life.

Even though Johnson is now in his mid-40s, that doesn’t stop him from trying to look and feel his best, onscreen and off. He doesn’t train like your average Hollywood star, either. Johnson, for as long as he can remember, has done 50-minute cardio sessions at the gym, six days a week. Oh, and he wakes up every day at four in the morning to do it. In fact, he describes this routine as “his anchor.” After breakfast, he heads back to the gym to do what he describes as “clanging and banging”—that is, lifting weights. However, being more conscious of his age, Johnson has decided to change up his workout routine to keep his killer physique.

Some of the exercises he performs to build his muscles include:

“The Rock” really focuses in the gym and his favorite body parts to work out are his legs. He works out six days a week and devotes two of those days to leg work. 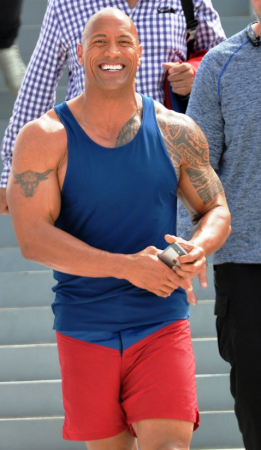 Johnson had to gain copious amounts of weight in order to get the Hercules look. He had to consume a ridiculous number of calories. Below is the diet plan he was said to follow to prep for the role, which is also known as the 12-labors diet.

Johnson also focused on pumping iron at the gym to build muscle.

Although his Baywatch diet and workout plan is still unknown, it’s said that it’s very similar to the Hercules plan, except Johnson consumed fewer calories and did a bit more cardio to get the lean look.

Overall, Johnson has had to follow a strict diet and workout plan to ensure he looks good in all his films, including Central Intelligence, Furious 7 and Fast 8. This is the diet he is said to follow daily, comprising six meals per day:

Dwayne Johnson’s diet focuses on tons of protein, some carbohydrates, and lots of starchy veggies while minimizing bad fat. Talk about training hard!