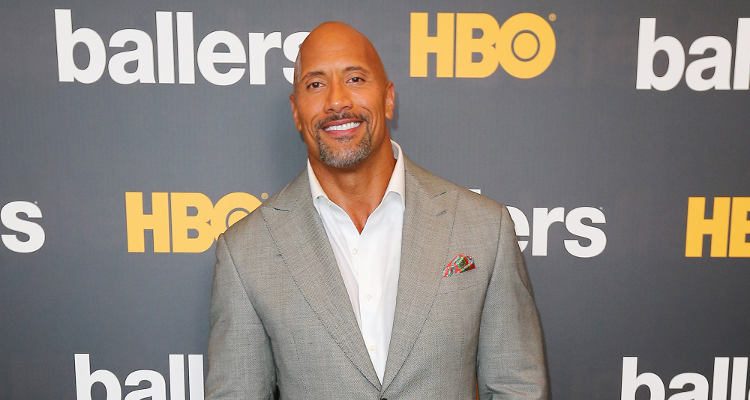 Dwayne Johnson, aka The Rock, and Nick Jonas are two very versatile entertainers. The Rock was the world’s highest-paid actor of 2016, and he was also one of Time magazine’s most 100 influential people for 2016. The 24-year-old Jonas is a superstar-recording artist known for the band Jonas Brothers and for his successful solo career.

He has also appeared in film and TV, including television series Kingdom. The 44-year-old Johnson recently shared the following Jumanji 2 first-look photo on Instagram, where you can see the pair’s muscles. https://www.instagram.com/p/BK3iOd5jy-x/

The plot of the new movie is based on Gillan’s character, Ruby Roundhouse, having been trapped in the board game since childhood.

The new Jumanji is being dubbed as a sequel to, or a continuation of the first Jumanji, rather than a reboot; however, it remains to be seen how the films are linked. Dwayne Johnson, a semi-retired WWE superstar, will portray the main protagonist role, Dr. Smolder Bravestone. Jonas’s character has yet to be revealed.

Johnson and Jonas are both very muscular, and have intense workout routines.

Dwayne Johnson has always been known for his big muscles. His big bodybuilder look has translated successfully to the big screen, with roles in 2004’s Walking Tall, 2006’s Gridiron Gang, and 2013’s G.I. Joe: Retaliation and Pain & Gain.

The six-foot five-inch 260-pound actor also portrayed the biggest version of Hercules to date in the 2014 film. The son of Zeus is not an easy role to play. That being said, Dwayne Johnson has been training to be Hercules his whole life, and is also a former professional football player and has had 17 WWE championship title reigns.

Johnson’s training and diet alters depending on his role. For instance, he had a 22-week diet for Hercules, and a 14-week diet for G.I. Joe: Retaliation. For Hercules, Johnson worked out six days a week for six months straight to help bulk up.

In the morning, he would complete a 50-minute cardio session, before working out a specific body part or muscle group. His workouts were 90 minutes to an hour and 45 minutes long, and his legs were the only muscle group that received more than one workout weekly.

Nick Jonas also has an intense workout, and has worked with strength-building coach Gregg Miele and fighting coach Joe Stephenson. Jonas’s workouts focus on his upper body, core, and legs, and he exercises three to four times weekly. Here are some of Jonas’s exercises:

Quad mill eccentric squats: Jonas will stand on the platform in its lowest position with his feet shoulder width apart, while allowing his body to move naturally through a squatting motion. It is also important that his head is perfectly leveled.

Pull-up with grip variations: Jonas hangs from a pull-up bar with his palms-down grip while squeezing his glutes, crossing his legs, and pulling his shoulder blades down and back. Jonas will then pull himself up so his collarbone is in line with the bar, and slowly lower himself back to the starting position.

Renegade overhead press: For the renegade overhead exercise, Jonas will place one end of a barbell in a landmine station, while loading up the other end, and outfitting it with a renegade attachment. Jonas will then perform shoulder presses with his hands facing each other.

Jonas also gained 12 to 15 pounds of muscle before filming Kingdom. He consumed 3,000 to 4,200 calories a day. For breakfast, Jonas would consume a turkey-meat patty, fruit, and an omelet with veggies and cashew cheese. Dinner and lunches included nuts, veggies, and a lean protein. Jonas has to follow a healthy lifestyle and diet to manage his type 1 diabetes.