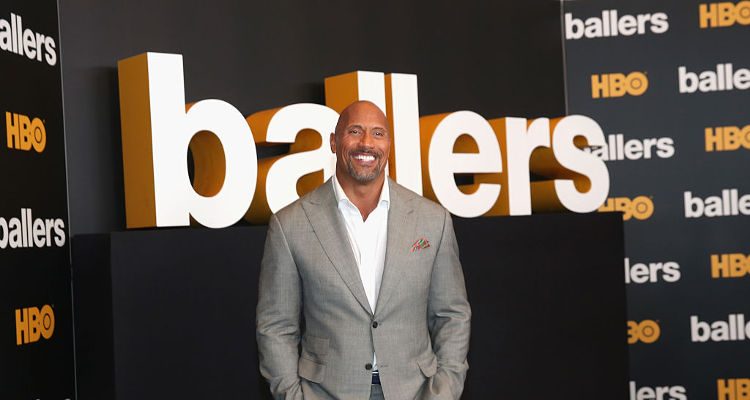 Dwayne “The Rock” Johnson is known for his towering muscular physique, hardcore workouts, and epic cheat days. But when you train as hard as Johnson, a stack of pancakes is well-deserved and provides benefits to his mind and body.

How The Rock Gets and Stays in Shape

Johnson plays Dr. Smolder Bravestone in the upcoming Hollywood film, Jumanji. He has been training and eating right for years and his big muscles, small waist, and ripped physique show it.

His training and food plan have remained relatively consistent over the years, sticking to bodybuilding-style training sessions four to six times per week, regular cardio, and a high-protein diet plan. Although his workouts change in intensity depending on the role, for the most part, he keeps a four to six-day split all year round.

Finished the week strong with legs today. Currently running a 6 day split with only Sunday's off. Extremely taxing training program – its kickin' my ass, but I luv the challenge. Great results as I'm clockin' in at a lean 262lbs. Big shout to my training/diet coaches @hanyrambod and @daverienzi for the constant evaluation and strategies towards every goal. We get after it and outwork all our competition. Quality and sustained success in anything we do will never come easy or overnight. It's all about being disciplined to put in the work and do the little things every day… for YEARS. Speaking of discipline, tomorrow I'm going to crush pancakes and French toast, with a sh*t ton of syrup cause it's my cheat day which ='s proud gluttony. #TheLittleThings

A Solid Team around Him

Johnson has been hitting the gym for decades, and he’d likely be there even if he wasn’t a Hollywood star—it’s his way of life. But since he is a movie star, he’s got the best in the business guiding his training. Johnson works with Hany Rambod, arguably the best trainer and diet coach in the world, as well as Dave Rienzi.

This team of trainers make sure Johnson’s workouts stay fresh and highly conditioned, and that he builds three-dimensional muscles that pop. Every movement he makes and calorie he takes in is carefully planned to exhibit the results you see on screen.

Hany Rambod just isn’t your regular celebrity trainer, either. He’s known for playing a central role in some of the most muscular and highly conditioned athletes and professional bodybuilders in the world. In fact, he’s the trainer hired by six-time (current) Mr. Olympia, Phil Heath.

Eating and Training for Hypertrophy

Building a body like Dwayne “The Rock” Johnson’s comes from years of hard work, a particular training style, and a high-protein diet. Although he’s a strong and powerful man, Johnson’s workouts are not designed for building strength. Rather, they focus on muscle growth (hypertrophy) and creating angles that make his muscles appear much bigger than they are.

This three-dimensional look is created by focusing on hitting muscles from different angles, performing a number of movements with the same muscle group and focusing in rep ranges that are typically between eight and 12, usually performed in four to six sets. I wouldn’t be surprised if he routinely hits six to eight movements per body part, splitting his workouts on one or two body parts each day.