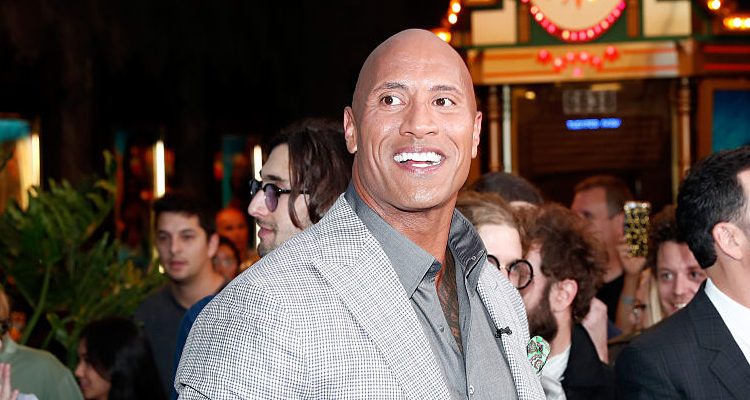 Dwayne “The Rock” Johnson posted a picture on Instagram with Superman Henry Cavill. The duo, looking bright and energetic was sharing a drink and wished their fans a Merry Christmas and a Happy New Year.

The background featured tall palm trees and the sun shining through, providing picturesque scenery to the photograph. Sharing a bottle of fine liquor, the two stars appeared happy to bring in the holiday season.

Merry Christmas and Happy New Year from Black Adam and Superman (@henrycavill). Today we drink like gentleman and come together as friends. We're excited for what the future brings. #DangerousGentlemen #DCWorldsWillCollide #BlackSavagery #MyExfoliatedBaldHeadAndTattoos #LookHellaSexyInThisLighting ?

Today we drink like gentleman and come together as friends. We’re excited for what the future brings.” The post on the social media platform received more than 710,000 likes and 4,400 comments from fans of the two, obviously excited about the two superstars sharing each other’s company.

Currently, Dwayne Johnson is gearing up to play a part in the upcoming Shazam movie, set to release in 2019. Henry Cavill on the other hand, played the part of Superman with much flair in Man of Steel.

Earlier this year, he featured in Batman v Superman and will be featuring in Justice League in the coming year. Sources also revealed that a segment to Man of Steel is also in the making.

An athlete turned actor, Dwayne Johnson does not take his sculpted body for granted. After playing Hercules, the pro-wrestler and Hollywood’s highest grossing star, says he strictly believes in working out, eating right and staying healthy.

However, there is no fixed routine for his workouts. “For different roles my condition and training and diet does alter. Depending on the role, it will really dictate the type of training I do.

For ‘Hercules,’ it was a 22-week diet, while for ‘G.I. Joe: Retaliation’ it was about a 14-week diet, and for ‘Pain & Gain’ I wanted to come out looking bulky, big, and dangerous, so we adjusted accordingly,” says the star.

As for his diet, Dwayne Johnson took on the ‘12 Labors’ diet which comprises of large amounts of proteins, carbs and fats. He also combined his diet with glucosamine and multivitamins.

To that he added branched-chain amino acids, chondroitin and one protein shake a day, which he drank after training.

A lover of art, Dwayne sports a number of tattoos amongst which the sun, coconut leaves, the great eye, tortoise shell and A/ga fa’atasi are quite popular.

For his world renowned Superman role, Henry had to undergo some enduring training methods. “I’m training two-and-a-half hours a day, pushing my body beyond its normal limits, putting on a lot of muscle mass and just making myself look like Superman.