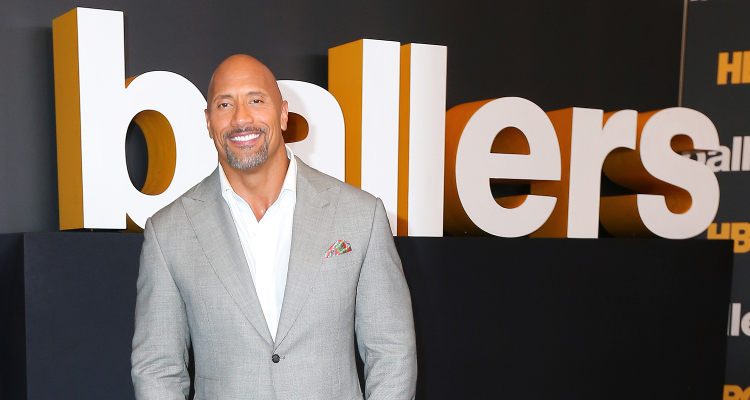 Dwayne Johnson, better known as The Rock, is one of the biggest action stars in Hollywood … literally! The action star’s massive physique gives him an intimidating screen presence, and he uses a combination of intense exercise and a strict diet to help make himself bigger than almost any other star.

The Rock began his career in the WWE as a wrestler, but he has quickly become one of Hollywood’s most popular leading men. In the Fast & Furious films, Johnson manages to tower over most of his buff co-stars. How did the action star become so physically big? For starters, he eats a lot of food.

To increase his size, Johnson eats a lot of food. In fact, he eats more than double what the average man eats in a single day.

To fuel his intense workouts and maintain his gigantic size, Johnson has to eat a lot of calories. Each day, Johnson eats over 5,000 calories, spread between five to seven separate meals. This means that Johnson is eating at least twice as much as is recommended for the average man, but the high calorie intake is necessary for his bulk and size.

Johnson enjoys eating plenty of different foods, including meat, seafood, vegetables, and grains—his diet is fairly light in wheat, although he does enjoy pancakes as a cheat food. Eating a well-balanced diet is important for Johnson, as it gives him the carbs, fat, and protein needed for good health.

In particular, Johnson really enjoys eating cod. He typically has the fish anywhere from three to five times a day, and likes to start off his day with a breakfast that contains a lot of cod. Each day, he eats up to 36 ounces of cod; in a year, this equals over 820 pounds.

A typical breakfast for Johnson is 10 ounces of cod, two whole eggs, and two cups of oatmeal. He follows that up with a second breakfast that contains another eight ounces of cod, a whole sweet potato, and a cup of vegetables.

Johnson also uses supplements throughout the day; he takes casein protein, amino acid supplements, glutamine, and fish oil. These supplements can have a variety of health benefits, but most of them are particularly helpful for building muscle.

Johnson’s workout routine is intense, requiring the dedication and time of a full-time job. To stay in shape, Johnson works out six days of the week, only taking one day for rest. 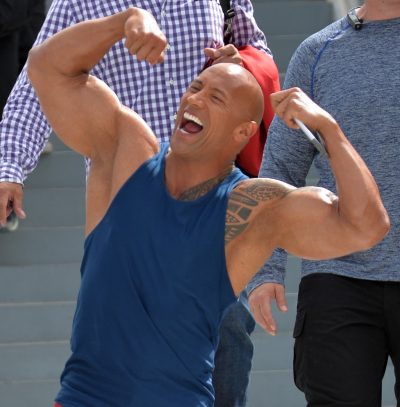 Despite his big frame, Johnson typically starts his day off with cardio, running for 30 to 50 minutes. Afterwards, Johnson dedicates the rest of his workout routine to building muscle and packing on pounds. Johnson uses a combination of heavy lifting, free-weight, and gym exercises using machines.

Two days of the week, Johnson focuses on his legs. The remaining days are split between his shoulders, arms/abs, chest, and back. Using this whole-body approach, Johnson is able to increase his size dramatically.

So if you want to get big and bulky like Dwayne “The Rock” Johnson, add a lot more food into your food diary and start working out a lot more!