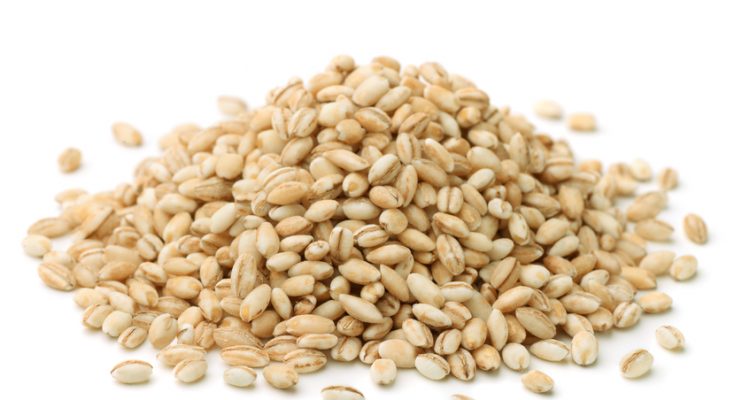 According to new research published in The European Journal of Clinical Nutrition, barley has similar cholesterol-lowering effects as oats.

The review consisted of 14 studies on clinical trials that took place across seven countries.  Researchers looked at the effects of barley, barley foods and apolipoprotein B levels (the lipoprotein that carries bad cholesterol through the blood) on non-high-density lipoprotein (non-HDL) and low-density lipoprotein (LDL)—they discovered that eating barley-rich food was able to help lower  non-HDL and LDL levels by seven percent.

Researchers suggest that measuring apolipoprotein B and non-HDL levels can provide a good assessment for cardiovascular disease risk, as they account for the bad cholesterol in the blood.

These findings can be beneficial for people at high risk for cardiovascular disease and stroke (i.e. individuals with type 2 diabetes who have high levels of apolipoprotein B and non-HDL). Diabetes and high cholesterol are traditionally treated with medication—and this new research focuses on diet (i.e. eating more barley) and lifestyle changes to help lower these risk factors.

According to lead study author Dr. Vladimir Vuksan, health authorities across the globe have already approved claims that barley can help reduce LDL cholesterol, but this review is the first to reveal its effects on other harmful fats.

Still, according to study researchers, barley consumption has dropped by a whopping 35% this past decade—perhaps because people don’t know much about the health benefits of barley.

Barley is high in fiber, rich in protein and has nearly half the calories of oats—all important considerations for those with weight and dietary concerns.

People can eat barley on its own (similar to munching a bowl of oatmeal). For people who don’t particularly like the taste of barley, they can try to add it to existing recipes, use it as a rice substitute for rice.