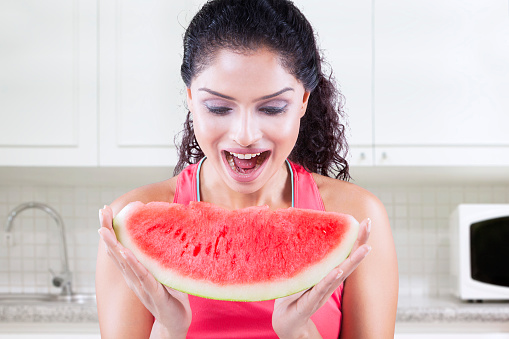 A study recently published in The New England Journal of Medicine looks at the association between eating fresh fruit and its impact on cardiovascular disease in China.

Study researchers were particularly interested to see if the correlation existed in China, since in Western countries higher levels of fruit consumption have already been linked with a lower risk of cardiovascular disease.

From what study researchers knew when they first embarked on their research, fresh fruit consumption in China is low and rates of stroke are high.

About 18% of study participants reported that they ate fresh fruit on a daily basis. Participants who ate fruit on a daily basis compared to participants who rarely or never ate fresh fruit daily had lower blood pressure and blood glucose levels (by 4.0 mm Hg and 0.5 mmol per liter, respectively.) Fresh fruit eaters in China also had considerably lower risks of major cardiovascular diseases. Researchers state that the associations were similar across all 10 study regions.

The study was partially funded by the British Heart Foundation.

In a review published in Current Atherosclerosis Reports, researchers looked at evidence in support of increasing fruit and veggie consumption for prevention of cardiovascular disease. Research shows that people who eat more fruits and veggies have a lower prevalence of risk factors for cardiovascular disease (i.e. obesity, hypertension, and type 2 diabetes).

Researchers suggest that fruits and vegetables have a low glycemic load, are rich in nutrients such as potassium, fiber, and folate, which could possibly help reduce the risk of cardiovascular disease.