Home > Advice > Things You Must Know > Eating Out: Read that Menu Carefully 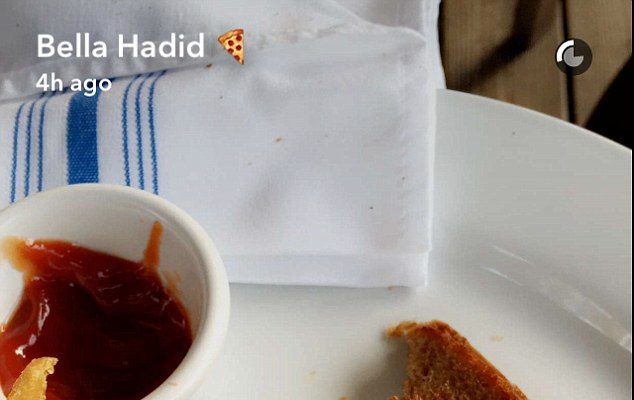 One of the reasons why it can be so hard to lose weight is because it’s easy to forget that the small pile of fries on your plate actually contains enough sodium and carbohydrates to sustain you all week—they just taste so good!

We’ve all had cravings. But would your eating habits change if you knew exactly what was in that food? That’s what researchers at the University of Illinois found.

The goal of their study, published in the International Journal of Behavioral Nutrition and Physical Activity, was to find out how people’s eating habits would change if they had caloric information displayed right on their menus.

Over a two-week period, the researchers split diners into three groups: diners in the control group received no caloric information on their menus; the second group had a menu that listed the number of calories in parentheses next to each item; and the third group received a menu with caloric information and a “traffic light” sign, which symbolized if they had a high, low, or medium amount of calories (green for 400 calories or less, yellow for between 401 and 800, and red for more than 800 calories).

The researchers expected to see a huge difference in the number of calories ordered if you could actually see the number right in front of you, but that’s not what happened.

However, there was a difference between the caloric-only menu and the caloric-plus-traffic-light menu; people ordered on average 120 calories less when they had traffic light symbols next to their items of choice.

Labels worked best in reducing the amount of calories consumed by the people who were the least health-conscious going into the study.

One of the reasons why these researchers were interested in the impact of menu labeling is because, in 2010, the United States federal government passed a bill requiring restaurants to post caloric information on their menus in an attempt to help Americans make smarter food choices.

But this bill would only have its desired effect if people were actually changing their behavior based on the information on their menus—and this study shows that, even though you might think there would be a significant difference, there really isn’t. In fact, if the government wants to change eating habits, it’s going to take a lot more than menu labeling.

What’s an even bigger problem is that, although the U.S. Food Drug and Administration mandates that caloric information be available for consumers, there’s no one really regulating it.

So if a company—either mistakenly or on purpose—publishes that their famous burrito has only 250 calories, no one will challenge them.

That’s what New York filmmaker Casey Neistat set out to do. He took five foods that he would normally eat in a given week and tested if their caloric information was actually true.

And, unsurprisingly enough, he found that four out of the five foods listed far fewer calories than they actually had—so much so that if he ate these products every day, he would gain an extra pound every week.

So does that mean that if you’re trying to watch your weight, you can never eat out? Not necessarily. It’s all about making smart choices. Order a salad with dressing on the side instead of ordering fries. In the mood for a pizza? How about trying a whole wheat grilled vegetable and cheese panini? And if you really want to know what you’re eating when you’re out, ask. Find out what goes into your meal, so you can know exactly what you’re consuming.

Ellison, B., et al., “Looking at the label and beyond: the effects of calorie labels, health consciousness, and demographics on caloric intake in restaurants,” International Journal of Behavioral Nutrition and Physical Activity February 8, 2013; 10:21.