Home > Health Conditions > Arthritis > Eating This Just Once a Week Slashes Your Arthritis Risk in Half! 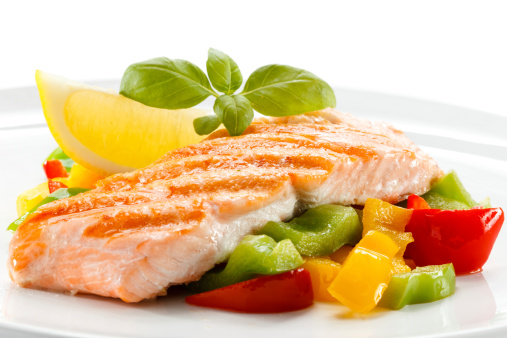 Oily fish, such as herring, mackerel, pilchard, salmon, sardine, trout and fresh tuna, are an excellent source of protein. These fish contain the highest levels of long-chain omega-3 fatty acids, which are considered essential because the body cannot make them from other sources and must obtain them through diet—which is why oily fish should be a part of any healthy diet, consuming a minimum of two portions a week.

If that wasn’t reason enough to make oily fish a part of your regular diet, a study has found that eating oily fish like salmon, at least once a week, could halve the risk of developing rheumatoid arthritis by as much as 52%. The study also suggested that women who ate more than one serving of any kind of fish a week had just a 29% risk for developing the progressive form of arthritis.

Rheumatoid arthritis is an autoimmune disease that causes pain and swelling in the joints, as well as deformities and disability. People with the condition also have a higher risk of heart disease, some infections, anxiety, depression, and blood cancers like leukemia.

As reported in the Annals of the Rheumatic Diseases, researchers surveyed Swedish women about their diets and found over the course of more than seven years, long-term consumption of more than one serving of oily fish or four servings of lean fish each week was tied to a lower risk of developing the condition.

Lean fish include cod, flounder, halibut, red snapper, sea bass, and shark. While they are not as filled with omega-3 fatty acids as their oily counterparts, they do have multiple other health benefits.

The study followed 32,232 women born between 1914 and 1948 who were part of the Swedish Mammography Cohort. Information about fish consumption was gathered from diet questionnaires sent to women in 1987 and 1997.

Between 2003 and 2010, national registries were used to identify new diagnoses of rheumatoid arthritis.

The researchers divided the women into five groups based on the amount of fish-based omega-3 fatty acids consumed in their diet. It ranged from 0.21 grams or less per day to at least half a gram daily.

Eating 0.21 grams per day of omega-3 fatty acids is about the same as one serving per week of salmon and other fatty fish, or four servings per week of lean fish such as cod.

Interestingly, the researchers found a threshold effect, which suggests that more may not always be better. Below 0.35 grams per day, the risk of rheumatoid arthritis increased, but above it, the benefits seemed to diminish.

Other studies have found the same threshold effects, which go along with the recommendations from the U.S. Department of Agriculture and the Department of Health and Human Services, of eating at least two servings of fish per week.

Genes and lifestyle may both play a role in rheumatoid arthritis. The top three things people can do to prevent the disease are not smoking, taking care of their oral hygiene, and improving their diet.

Don’t like fish? You can get the benefits of omega-3 fatty acids from walnuts, flaxseed, canola oil, and omega-3 enriched eggs.