Home > Healthy Recipes > Eggnog French Toast: This is One Eggnog Variety You Should Try This Christmas 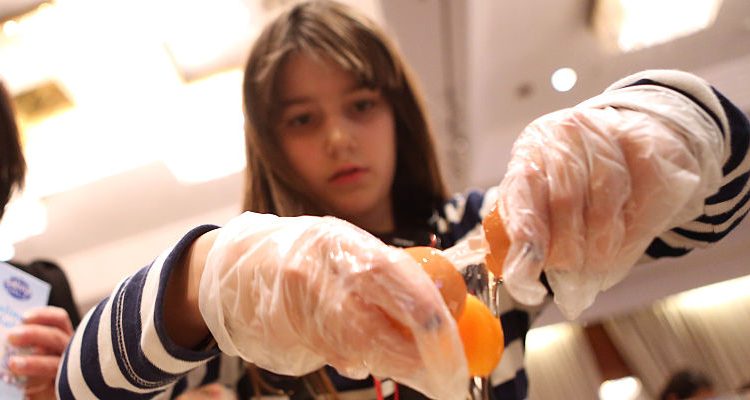 Christmas 2016 is almost here! The to-do lists are being tackled, shopping is getting done, meal plans are being looked over twice and that should include what to make Christmas morning for breakfast.

Many families take the holidays, especially the morning of December 25, to create something extra special and delicious for breakfast because the family is together and why not celebrate with a wonderful meal before the next amazing meal later that day.

If you haven’t planned what to have already, why not consider something really different like eggnog French toast? And, yes, it is actually made with eggnog.

French toast is a dish a lot of families make Christmas morning and they tend to put a twist on it by using croissants instead of bread, soaking the mixture overnight in a pan with bacon, or any number of other creative variations that elevate the French toast to something spectacular.

This holiday season wow guests and family with a French toast recipe that uses eggnog. How much more festive can you get? And those who don’t like eggnog because it contains raw egg can look past that issue because the eggnog will be cooked with the bread; so problem solved.

This is a really simple dish to make, and the eggnog used in place of simple milk adds a creamy texture to the end result—not to mention a delicious flavor. The following recipe will make four pieces of French toast depending on how long you let the bread soak in the mixture. Don’t do a quick flip when adding the bread to the egg mixture; you want it to sit for a few seconds to sop up the liquid.

To make this recipe, you will need:

Combine all the ingredients together, except the bread, and mix thoroughly. Dip one piece of bread at a time into the mixture. It’s good idea to combine the ingredients in a flat dish with edges so the bread will fit.

Expect to get four to five pieces from this batch, but it depends on the size of the bread and how much liquid it absorbs. Double or triple the batch according to quantity needed. You can keep the already-cooked French toast warm in the oven on low until the entire batch is prepped. Cover it with tin foil.

Serve with whipped cream, fresh fruit, and some eggnog to drink on the side for those who might enjoy that. And don’t forget the bacon… if you eat it.

Of course, for those who aren’t crazy about an eggnog French toast, you can make the above recipe with the same amount of milk as eggnog and create a typical version of this breakfast dish for the less adventurous. Either way, French toast is amazing and most everyone is sure to enjoy this Christmas morning treat!