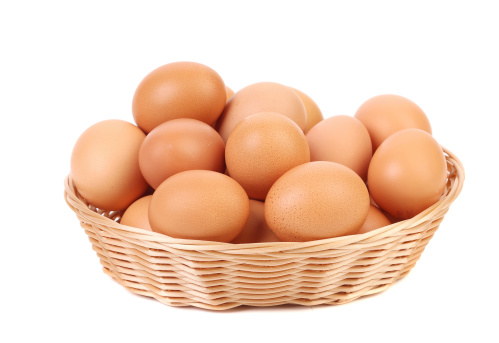 All the news in the media regarding eggs can be quite confusing. One moment they’re great for you, and the next moment they’re causing heart disease. Well which is it, and how can you decipher the mixed messages?

One area that many people are concerned about is if eating eggs increases the risk for heart disease. The latest news is a study that found no increased risks for heart disease among healthy individuals; however, the odds of developing type 2 diabetes were 42% higher for those consuming at least one egg per day. Among individuals with diabetes, though, there was a 69% increased risk of developing cardiovascular disease.

This study, published in the American Journal of Clinical Nutrition, compared people consuming at least one egg per day versus those consuming less than one egg per week. It was a meta-analysis, including 16 prospective cohort studies with populations ranging from 1,600 participants to over 90,000.

While many studies show no increased risks of heart disease among a general population, there are reasons you should be concerned.

Some research has shown that there may be concerns with the fat and cholesterol levels in our blood shortly after a meal. It is these levels that are thought to be a concern in increasing our risk of atherosclerosis (the narrowing and hardening of arteries), leading to cardiovascular disease. Remember, your cholesterol blood levels are tested in a fasting state for eight–12 hours, but doctors are concerned with the effects cholesterol can play during fed states (within four hours of eating). People with diabetes tend to be more susceptible to this, and may even absorb more cholesterol from foods—this can help explain their increased cardiovascular risk.

If you recall, last fall, a group of Canadian researchers retrospectively analyzed data on patients’ egg yolk consumption as it related to arterial damage, and then compared it to the effects of smoking. They found that the plaque area on the arteries increased exponentially in both smokers and egg-yolk consumers. Significant differences were found among those consuming less than two egg yolks per week versus more than three.

The problem with this study was that they did not account for exercise habits, alcohol consumption, or other dietary factors, such as saturated fat and other sources of cholesterol in the diet, even though they are all major contributing factors to heart disease.

While diet is an important determinant in blood cholesterol levels, studies have shown it is actually the intake of saturated and trans fats which play a major role in high cholesterol. Our bodies synthesize cholesterol from these fats, whereas dietary cholesterol only modestly contributes to our increased low-density lipoprotein cholesterol levels.

Therefore, you should stick to 300 mg of cholesterol per day. For those with an increased risk of heart disease, such as those with hypertension, atherosclerosis, or diabetes, it is recommended to limit your intake to 200 mg per day.

Although one large egg contains about 190 mg of cholesterol, you don’t need to avoid them completely. Eggs contain a multitude of excellent nutrients: it is a good source of protein and also contains vitamin A, folic acid, and choline.

For you regular egg eaters, limit your consumption to no more than one egg per day. For people with diabetes, the recommendations are no more than four egg yolks per week.

Remember, you can always add extra egg whites, as those are free of cholesterol and fat. Make an omelet and load it up with vegetables!