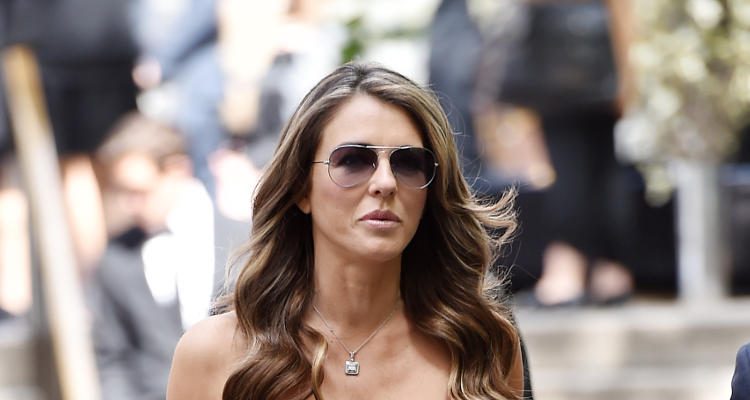 Elizabeth Hurley has found fame again with her hit show The Royals – heading into its third season this fall – where she plays the complicated role of the Queen of England embroiled in one tragedy and heartbreak after another.

Fans can’t get enough; neither can they believe that Hurley, at 51, can still have the amazing bikini body that she does. The actress and model has always had a beautiful body that seems to have never wavered an inch in all the decades she has been in the spotlight.

And she makes no apology for looking as good as she does, happily posting oodles of photos of herself in bikinis and everything else on her Facebook and Instagram accounts.

#throwbackthursday to Capri for @instylemagazine by @santedorazioofficial ?

With that iconic and modern bikini body, it makes sense that Hurley launched her own bikini wear a few years ago (called Elizabeth Hurley Beach). So how does Hurley do it? There must be some magic other than being blessed with genes many would love to have been born with.

Her basic formula for staying in great shape is moderate amounts of exercise, healthy eating, and getting enough sleep (and that is different for everyone, but the recommended amount is seven to eight hours a night).

Hurley admits she feels the pressure to stay thin – especially when she models for her swimwear line. The Estée Lauder model makes a point to steer clear of processed foods and eats strictly organic foods for her diet, while keeping it low in carbs.

She is so devoted to following an organic diet that she has her own farm in England where she has her own meat reared and vegetables grown. Anything she can’t grow or rear herself is bought from local farmer’s markets or health food stores.

There are certain foods that Hurley has banned from her diet, with no exceptions:

One of her tips for weight loss is to drink a large glass of warm water every day before breakfast. It doesn’t taste great, she admits.

The Royals star also carries water with her wherever she goes to ward off hunger pangs when they happen. But her more healthful option to fight off cravings is to have a cup of vegetable soup so she doesn’t raid the fridge and make bad food choices (though really, what could she possibly have in the fridge that would be bad for her?).

A low carb diet similar to Hurley’s might have a meal plan such as the one below, and everything would be organic.

Lunch: Stir-fry made with chicken, green beans, peppers, and mushrooms.

Snacks: Watercress soup or some other vegetable broth soup

Hurley has said that she doesn’t take any kind of powder, vitamins, or drink green smoothies that are popular among celebrities right now. Even though the mom of one does watch what she eats, she says she eats plenty of food.