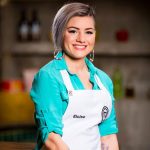 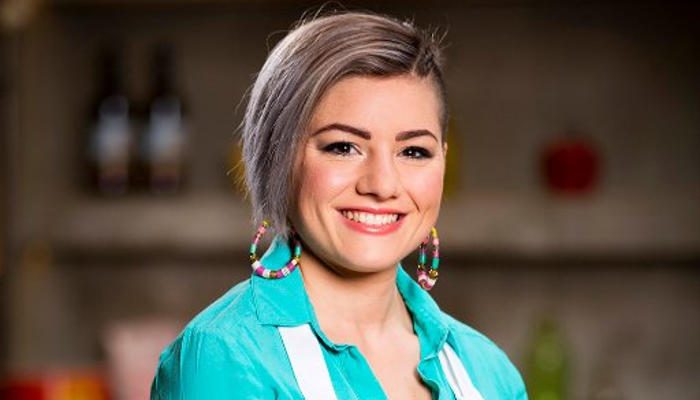 Eloise Praino won the first Immunity Pin of the season and has emerged as the strongest contestant of MasterChef Australia this season. Praino won the waffle challenge against Sarah Tiong and Sam Goodwin. The Invention Test winner then proceeded to the Immunity Challenge where she had to cook against chef Charlie Carrington of Atlas Dining in Melbourne. Praino won over the judges with her indulgent dessert, making her win the immunity pin.

For the Invention Test, she served a delicious ice cream sandwich which made Ben Shewry shower her with praises. So, it is no surprise that Praino emerged as the strongest MasterChef Australia season 9 contestant.

In the first round of Episode 13, Tiong, Goodwin, and Praino had to make use of a waffle iron. Tiong and Goodwin could only think of a sweet dish with the waffles.

But Praino dished chicken and waffles with chili soy caramel. Her creativity won her the first round, and she got the opportunity to cook against pro chef, Charlie Carrington.

The MasterChef Australia 2017 contestant had to make a choice between two pantries, indulgent or healthy. The maven of desserts chose indulgent. She also received a 15-minute head start and mentoring from Shannon Bennett.

She wanted to dish peanut butter ice cream with a whiskey caramel sauce and crumbled honey macadamias. So, Praino grabbed peanut butter, chocolate, and macadamia nuts from the pantry.

She forgot the most important ingredient for the mousse, the eggs. But then she stabilized the mousse with cream and used an iSi cream whipper to add air to the mousse.

Carrington was taken aback with the indulgent choice, as he focuses on fresh, healthy ingredients. Carrington picked up ginger beer, chocolate, cherries, and cream but didn’t have a recipe in mind. He said if he were given the choice, he would have selected the healthy pantry instead. He hadn’t worked with indulgent ingredients before and was in a state of confusion for the first few minutes.

With just 25 minutes left in the Immunity Challenge, he realized his dish didn’t have enough elements. He then added ginger beer and mascarpone foam, which didn’t pair well according to Bennett.

Eloise Praino dished the peanut butter ice cream but thought the dessert was heavy. However, the judges loved the crunchy golden look. Mehigan loved the whiskey sauce. Praino scored 28 out of 30 beating Carrington by nine points.

Tune into Channel Ten to see the chaos and excitement in the upcoming Relay Team Challenge.