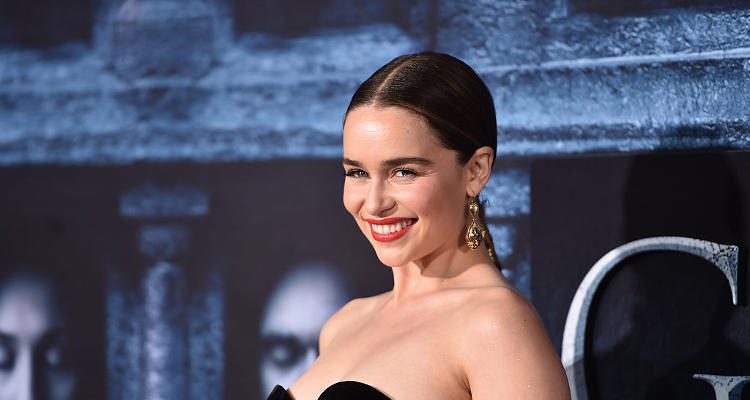 Emilia Clarke and Kit Harington look pretty fit ahead of the Game of Thrones season 7 premiere. If you follow the hit HBO series, you are probably familiar with Harington’s chiseled abs and overall ripped body. Well, it takes a lot of hard work and training in order to achieve such a physique.

For Harington, he follows a calorie-controlled diet along with a balanced and wholesome diet. His diet includes 45 percent carbohydrates, 33 percent protein, and 20 percent fat. Harington does allow himself some treats and actually believes in the usefulness and benefits of having a designated cheat day.

To Harington, sticking with a healthy diet is easier knowing that a cheat day is in sight. Cheat days are also important because a low-calorie diet can restrict your metabolism; and so, a cheat day ensures that it continues to function properly.

In order to achieve his muscular physique and killer abs, Harington completed stunt training along with a specific abs workout. The transition to Game of Thrones was easier for Harington as he was familiar with the use of weapons when he trained for the film Pompeii.

However, stunt training for the movie was difficult because he didn’t have such training prior to shooting.
Furthermore, to push the actor to his limits, his trainer varied his stunt training so that his body didn’t hit a fitness plateau.

To look as shredded as Harington, there is an element of weight gain required to build large muscles, and that is exactly what he did in order to look as fit as he does.

Interestingly enough, Clarke does not fit the look that her character on Game of Thrones was meant to have. Her character was intended to be tall, willowy, and blonde, but Clarke is short, curvier, and has dark brown hair. Even with that in mind, she still landed the role after auditioning. Clarke isn’t super thin, but she appears healthy, which she maintains by eating well and regular exercise.

In order to achieve some weight loss for her role in Game of Thrones, Clarke partakes in weight training, kickboxing, shooting guns, cardio, and stunt training. Even though Clarke has achieved the look she was aiming for, she still keeps up with regular workouts to maintain her slender figure.

As for Clarke’s diet, she’s been known to stick with a highly restrictive diet. Clarke was not allowed to consume wheat, sugar, caffeine, or dairy products for her role in the 2015 film Terminator: Genisys. This can be intense for some because completely eliminating certain ingredients can intensify cravings almost beyond control. Although an effective weight loss method, it isn’t for everyone.

As you can see, both Kit Harington and Emilia Clarke work out intensely and push their bodies in both physical and dietary ways in order to achieve fit physiques for their roles in Game of Thrones.