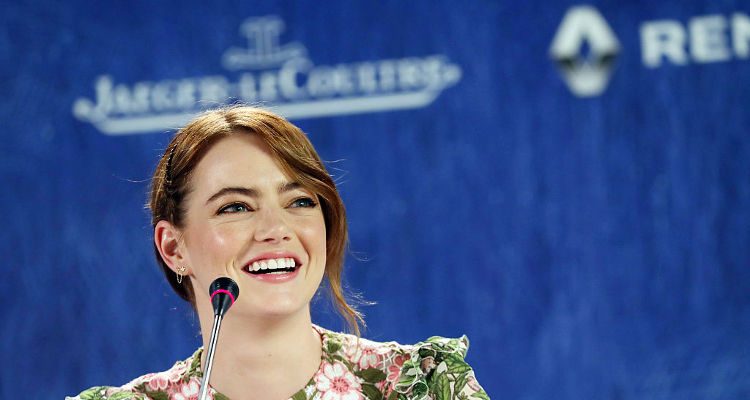 It was a star-studded event at the Academy of Motion Picture Arts and Sciences’ 8th Annual Governors Awards, and actresses Emma Stone, Nicole Kidman, and Michelle Williams looked stunning in their elegant outfits.

The low-cut neckline revealed a hint of cleavage, and the outfit highlighted Kidman’s super fit and curvy body. The Blue Valentine star, Williams, looked incredible in a Louis Vuitton black cut-out frock with a patterned on mesh which cascaded stylishly to the floor.

Stone, took to Twitter and posted a few pics from the event. These pics shows off her luminous face.

This tweet that was posted was captioned as, “Emma Stone at 8th Annual Governors Awards on Nov 12,” and reveals Stone’s stylish outfit.

Another post by Harper’s Bazaar, shows the three elegant celebrities together.

Nicole Kidman, Emma Stone and Michelle Williams had us feeling festive as they stepped out in glittering metallics for the Governors Awards 2016. See all the red carpet looks from the event via the link in our bio (? @gettyimages) #RedCarpet #NicoleKidman #EmmaStone #MichelleWilliams

Here is a YouTube video which shows Kidman speaking during the award presentation to Honorary Award recipient, Anne Coates, at the 2016 Governors Awards.

The three actresses flaunted their incredible figures at the event. What are the fitness secrets of these Hollywood actresses? Read on to find out how these A-listers follow their fitness routines.

Stone has achieved her incredible body through regular workouts and eating healthy foods. The actresses follows a workout routine designed by her personal trainer, Armando Alarcon. Her workouts include, rock climbing, weight training, Pilates, and walking. She prefers to go rock-climbing at Chelsea Piers in New York.

She does not believe in restrictive dieting, and says, “I definitely am not restrictive. You are a human being, you live once and life is wonderful.” Though there is little known about her diet plan, it is reported that she has about seven glasses of lemonade.

Kidman is a fitness enthusiast, and includes diverse workouts in her fitness routine. She does yoga, Pilates, cardio, and strength training. She admits liking multiplicity in her workouts, and prefers to engage in assorted sports activities such as, golf and tennis. She is also an avid runner. Swimming helps her rejuvenate her body and mind, and she includes swimming for 30 minutes in her routine. To maintain joint flexibility and core stabilization, she practices yoga—her favorites being ashtanga and vinyasa.

The stunning actress believes in maintaining moderation in her eating habits. She is not restrictive about indulging in her beloved foods such as pizza or cakes. On holidays, she is known to indulge in processed foods. Instead of three meals a day, she prefers to have five to six small meals in a day, which helps with faster metabolism and shedding weight.

The Blue Valentine star believes that being healthy is important. She has successfully achieved weight loss and weight gain for her various on-screen roles. Williams knows that it is important to consume nutritious foods, and tries her best to eat fresh and healthy foods.

She was required to gain weight for her on-screen role as a mother and wife in Blue Valentine. It is reported that while shooting the film, she ate a pint of ice cream for breakfast and dinner, and had avocado sandwiches throughout the day.

She finds time to exercise to maintain her fitness and good health. She may not exercise rigorously or hit the gym often, but she includes cardio exercises as a part of her workout routine which helps her to maintain her stamina.