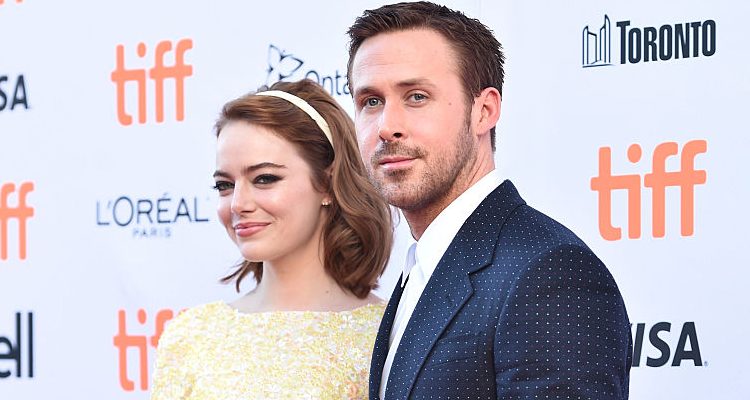 Emma Stone was spotted while she was on her way to Good Morning America studios in New York City on Monday, for an interview. She wore a black and white floral-patterned dress and paired it with a white wool overcoat. The actress looked simple and elegant while showing off her toned and lean legs.

Stone told GMA‘s Amy Robach, that her role in La La Land required rigorous preparations and she had to survive through months of grueling dance and singing lessons. She said, “We had months of rehearsal so it was really fun to learn to ballroom dance and tap dance and work on singing because we sang live in part of the movie. It was exciting.”

Stone is blessed with a toned physique but it doesn’t stop her from working out. She works out to ensure her body remains flexible and to increase her stamina. She revealed her exercise routine to POPSUGAR Fitness saying “At the moment I don’t do that much, but I know I need to change that. I’m trying to get into Yoga, I like it and apparently it’s very good for you. As well as yoga, I do a bit of meditation.”

She works out with trainer, Armando Alarcon, who makes her do a combination of the following exercises:

Rock Climbing: It is one of her favorite cardio exercises because it helps work out each and every part of the body. She heads to Chelsea Piers in New York for rock climbing.

Pilates: Trainer, Mari Winsor, has helped incorporate Pilates into Stone’s fitness routine. It helps her to have a flexible and lean body.

She says she lifting stuff over her head puts her in a bad mood, but she loves doing Pilates knowing its health benefits. Her workout routine includes those exercises which she loves to do. She loves swimming as it’s a great exercise to tone your body and give you a lean physique.

Her acting skills and fit physique landed her a role in The Amazing Spider-Man 2. While training for the film, she discovered that she had deep-seated rage that came out whenever she held weights over her head.

Stone says she hates the Hollywood diet that makes celebrities eat a piece of chicken and beans and makes them work out rigorously. She loves to eat, and being blessed with a great metabolism, she indulges heavily. She hydrates herself with water and she no doubt flaunts that flawless skin of hers.

Though she doesn’t adhere to dieting, she eats healthy and maintains a balance of exercise and healthy eating. She is against starvation or fad diets, and doesn’t overexert herself with strenuous workouts.