Home > Celebrity Diets > Emma Watson Singing Is Captivating, Actress Stuns with Her Looks in Beauty and the Beast 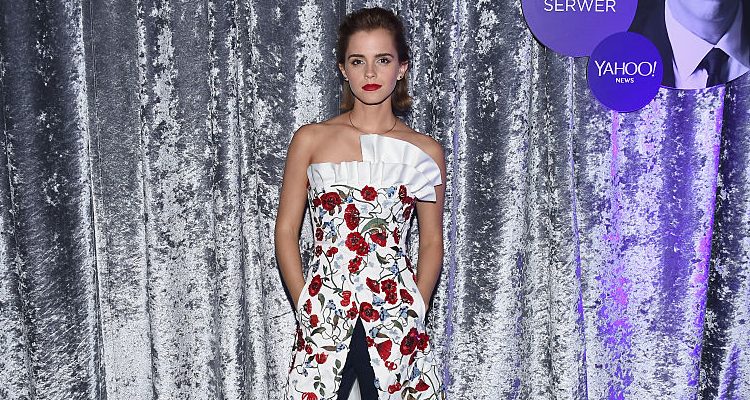 Emma Watson will appear as Belle in the upcoming live-action Beauty and the Beast movie this spring, and there is new footage revealing the former Harry Potter star singing “Something There.” Watson has come a long way since her wizarding days and fans are beyond excited to see how the actress will pull off the iconic Disney princess.

So far, from what has been released, it seems that the live-action adaptation of the Disney classic is hewing closely to the original. There are familiar scenes and settings including the wolf attack, Belle’s library, falling in love in the snow, and the most iconic scene of them all, the grand dance in the ballroom.

And since the film is a modern take on the classic, they have also introduced three new songs for fans to sing along to.

There’s no doubt that Watson has a great figure and she achieves it by hiking and doing cardio, Pilates, and weight lifting. Watson follows a simple philosophy to stay healthy, which is to eat what you enjoy and exercise regularly.

Watson is very active and even if she isn’t in the gym, she is playing some sort of sport or taking a hike outdoors. In fact, one of her favorite sports is field hockey. Her gym workouts are typically 90 minutes long, occur five days a week, and consist of a variety of exercises.

Watson’s diet typically involves healthy and nutritious foods that are low in saturated fats and salt, and she normally avoids junk food. Watson enjoys fresh fruits and vegetables, lean meats, and plenty of salads. Even though Watson normally sticks to a healthy diet, she does allow herself cheat meals that may consist of pasta, bagels, chocolate, or baked goods (Watson herself loves to bake). Watson ensures that her meals are well balanced with sufficient protein, carbohydrates, and fiber.

To prepare for her role as Belle, Watson didn’t have to modify her workout and diet too much as she generally follows a healthy routine. In an interview, Watson said this about her body and fitness routine for Belle: “I went through a stage of wanting to have that straight-up-and-down model look, but I have curves and hips, and in the end you have to accept yourself as you are.”

Watson previously struggled with wanting to have a perfect body, but now the actress has much love for herself and wants other girls to do the same. She continued, “It makes me sad to hear girls constantly putting themselves down. We have these unbelievably high expectations of ourselves, when actually we’re human beings and our bodies have a function. We say that the pressure is coming from men, but actually it’s from each other. I think women feel so much pressure these days and it can turn us against each other. But we really damage our own confidence when we put ourselves down, so I try not to.” Clearly Watson is a great role models for girls and women alike as she feels strongly about body positivity.

Fans of the Disney classic Beauty and the Beast are anxiously awaiting the remake’s release date to finally see how Emma Watson will pull off playing the iconic Belle. So far in trailers, the film already looks quite promising and looks like it won’t disappoint.