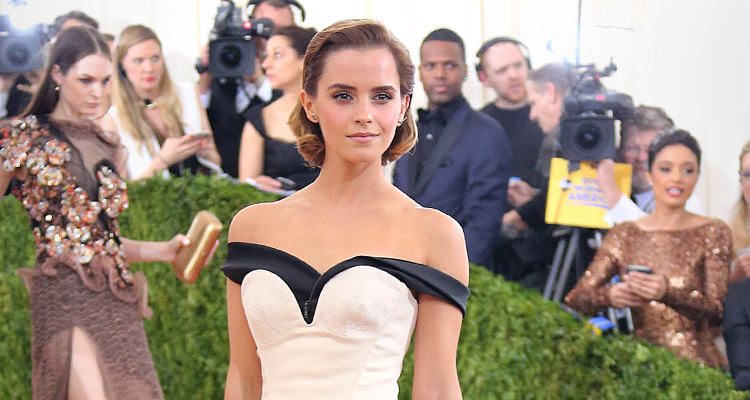 Emma Watson has been doing some good things since leaving the Harry Potter movie franchise. She graduated from Brown University in 2014 with a degree in English and leaves books all over the New York City subway stations just because she wants people to have access to good books. Apart from her philanthropic work and studies, she has continued acting and has two much-anticipated movies taking her into 2017, including The Circle which releases in April. But her big movie coming out, if trailer views are any indication, is Beauty and the Beast (the film trailer now has the most views of any movie in the history of the internet). It might be her most successful movie to date!

The actress stays in shape regardless of how crazy her schedule gets, and it is a busy one for sure. A few months ago she posted a picture of herself boxing on Instagram and captioned it: “Ready for anything after @SheFighter training with Lina Khalifeh. She opened the first self defence studio for women in the Middle East. I’ll be chatting with her and 8 other activists about challenging gender stereotypes at /react-text @OneYoungWorld Ottawa later today.”

Ready for anything after @SheFighter training with Lina Khalifeh. She opened the first self defence studio for women in the Middle East. I’ll be chatting with her and 8 other activists about challenging gender stereotypes at @OneYoungWorld Ottawa later today.

From Ottawa to New York to London, Watson is always on the move making the world a better place in small ways that definitely have an impact.

Even though Emma Watson is a busy woman, she still finds time to work out five times a week, and she loves it. It’s part of keeping her body and mind in a state of harmony and well-being.

The keys to her workouts are focusing on heavy cardio that includes sprint running, dancing, and Pilates. The actress loves to play tennis as well which is an amazing cardio exercise, and then takes things a little slower with yoga, which she also likes quite a bit.

Whenever the Harry Potter actress is in Los Angeles, she fits in a Pilates session with Pilates guru Mari Winsor each day of her stay. Their one-hour sessions focus on core work, including the glutes and thigh muscles.

In interview with the Examiner, Watson revealed that she’s accepted her body shape more as she’s gotten older. “I went through a stage of wanting to have that straight-up-and-down model look, but I have curves and hips, and in the end, you have to accept yourself as you are.”

Weight lifting is something she likes to do as well. She does it three times a week. Emma Watson also loves to go rock climbing whenever she visits a city with a rock climbing facility. Rock climbing requires a great deal of upper body strength and can help build and maintain muscle.

Watson’s diet is a non-diet as she refuses to fall into the trap of the Hollywood diet, or any fad diet for that matter. So there’s no strict diet for this young woman. She never diets, and chooses to eat what she wants to because she knows her intense, regular workouts will cover any cheat days she does have.