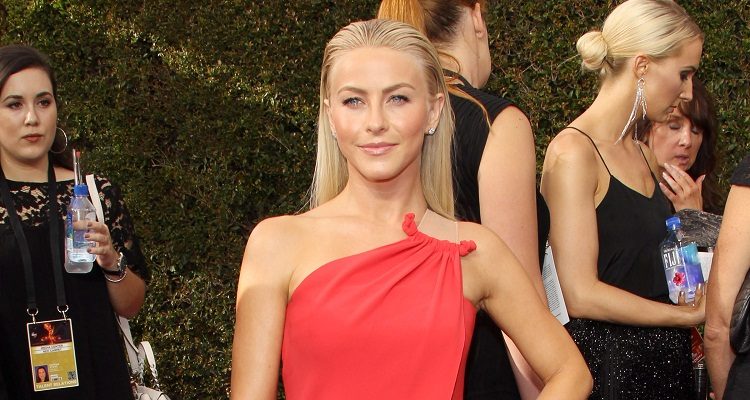 This year’s Emmy awards 2016 brought out some of the most beautiful celebrities to the red carpet, including Julianne Hough, Jennifer Aniston, Heidi Klum, Padma Lakshmi, and Kristen Bell. They all have toned bodies thanks to clean diets and regular workouts.

Below is a roundup of some of their very best beauty secrets: from drinking lots of water to getting lots of sleep and even getting up early before the kids do to make sure stuff gets done.

The Creative Arts Emmy Awards were held this past week, and Julianne Hough was in attendance and looked smashing as always. Grease Live, in which Hough played the iconic role of Sandy Olsson, took home a few awards. It’s no surprise that Hough looked stunning in her lace floral cut-out dress; her workout routine is fierce, so the only thing that could come of it is a beautifully toned figure. The dancing star is constantly turning heads and gracing covers of magazines with her toned abs and shapely legs, and her Instagram account often has pictures showing off her fit body.

The Dancing with the Stars judge follows a clean daily diet plan; she eats plenty of fruits and vegetables, keeps carbs to a minimum, and opts for high protein foods instead—she does allow opportunities to enjoy some alcoholic beverages and sugar on occasion. But diet alone isn’t enough to get the body and abs that Hough has; a hard workout routine has a lot to do with it. She says her routine is intense, but she sticks to it not only because it makes her look good, but because she feels good doing it and has fun as well.

Jennifer Aniston looked stunning at the Storks movie premiere and Emmys 2016, but what beauty secret is the actress harboring that helps her maintain such a younger look?

Aniston seems to have found the fountain of youth because she never looks a day older! Her workout routine consists of Pilates, among other exercises, and she definitely adheres to a healthy diet. Aniston stepped out at the premiere of the animated film wearing a metallic floral dress with a simple black pump. The weather in Los Angeles that day was such a scorcher that Aniston joked, “I almost wore my bathing suit. But that would have been totally inappropriate.” We’re sure most people wouldn’t have minded, Jen!

As a celebrity, Aniston has access to many more amenities that keep her looking better than most of us do. But when you take a deeper look at her beauty routine, you’ll find there are some basic fundamentals that we can integrate into our own everyday lives. For starters, Aniston stays well hydrated – she is the face of Smart Water, after all. Along with stocking up on H2O, Aniston ensures she gets good sleep and doesn’t overdo it with the face creams.

The 2016 Emmy Awards were held this past Sunday in Los Angeles at the Microsoft Theater. Both Heidi Klum and Padma Lakshmi were in attendance as their shows Project Runway and Top Chef, respectively, were nominated for Outstanding Reality-Competition Program.

Klum, 43, who was also up for an award in the Outstanding Host for a Reality TV Show Competition category, wore a sexy white Michael Kors dress that showed off her toned long legs and half of her incredibly tight abs. Lakshmi, 46, wore a long silvery shimmery number designed by Naeem Khan that hugged her curves perfectly. Both women looked fantastic and fit in with their well-put-together glamorous looks.

Both hosts are moms with full-time careers. E!’s Giuliana Rancic asked Klum straight up how she manages to do it all, and the mother of four admitted it is very hard to balance everything and that she feels like a juggler. “Sometimes, I drop a ball,” she added. “I try not to drop them all at the same time, but it’s impossible, you can’t be good at everything all the time.” Klum shared one of her secrets, saying that she goes to bed early and gets up early so she can get stuff done before the family wakes up.

Kristen Bell is one of those rare Hollywood actresses who is really and truly down to earth and gives us her real self. She even openly talks about the struggles with depression that she has dealt with since she was a teenager. Bell was at this past Sunday’s Emmys 2016. She has a new show airing this fall on NBC, The Good Place, which marks her first return to broadcast television since her breakout role on Veronica Mars. Bell shared a picture of herself eating a slice of pizza on Instagram Sunday before the Emmys. And true to her funny nature, she left the dab of pizza sauce on her chin for all to see.

Bell might look like she leads a glamorous life, but she’s refreshingly simple; so that means no fancy gyms or classes for this mother of two. In fact, she quite hates working out. Not just one type of exercise or class, all of it. But she has a fitness routine anyway because living a healthy life is important to her, and she admits that working out makes her feel good at the end of the day. Research has shown that exercise is fantastic for those who suffer from depression.

The Emmys are a fun event for viewers to watch on television because it gives us a glimpse at how we can look when money, time, exercise, personal trainers, and good, clean eating all combine. The dresses are spectacular and seeing the stars all done up also gives viewers an opportunity to escape their lives and live a little Hollywood for a few hours…and perhaps even inspires a few people to get off the couch and hit the gym themselves.