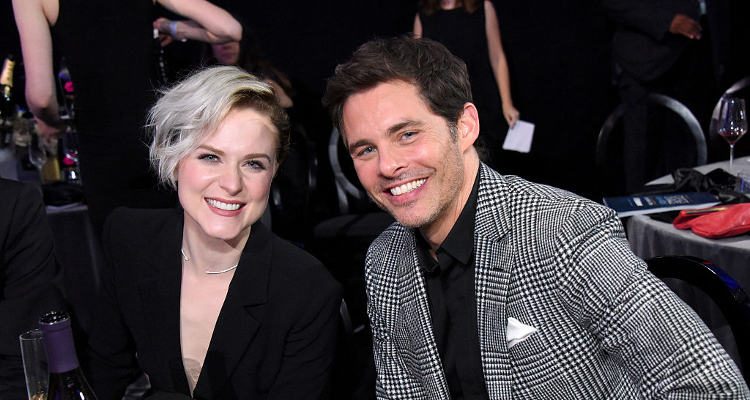 Actress Evan Rachel Wood is having a great week. The 29-year-old won the Critics’ Choice Award for best actress in a drama series for her role as theme-park robot Dolores Abernathy on the HBO series Westworld.

Wood also looked absolutely stunning on the red carpet at the show held in Los Angeles, California, Sunday, Dec. 11. Then it was announced Monday that Wood had been nominated for a Golden Globe for best performance by an actress in a television drama series for her role.

Evan Rachel Wood earned her first Golden Globe nomination for her role as a troubled, drug-addicted teenager named Tracy Louise Freeland in the teen drama Thirteen. Since then, Wood has appeared in mainstream movies like the Oscar-nominated The Wrestler and the Beatles musical Across the Universe.

At the Critics’ Choice Awards, Evan Rachel Wood beat out Caitriona Balfe (Outlander), Viola Davis (How to Get Away with Murder), Tatiana Maslany (Orphan Black), Keri Russell (The Americans), and Robin Wright (House of Cards).

For her Golden Globe nomination, Wood is up against Balfe, Russell, Claire Foy (The Crown), and Winona Ryder (Stranger Things). The Golden Globes are set for Feb. 8 in Los Angeles.

While accepting her Critics Choice Award, Wood thanked her son and said she does all this for him and he is the best thing to happen to her. Wood also said that her role of Dolores Abernathy gave her a strength she didn’t know she had. Her role also gave her an opportunity to work with Oscar winner Sir Anthony Hopkins.

How does Evan Rachel Wood look so good for her role in Westworld? Basically, she follows a healthy lifestyle with clean eating and a regular workout routine. Let’s take a look at Wood’s diet and exercise regimen.

What is Evan Rachel Wood’s Secret to a Healthy Diet and Regular Workout Plan?

Evan Rachel Wood’s diet focuses on her beauty and also helps give her energy throughout her day. Wood believes in clean eating every day, and she has a history of moderating eating habits. This means that most of the time she eats a healthy diet, while she allows herself to snack some of the time.

Wood’s diet includes lots of green vegetables like kale, spinach, and collard greens. This helps keep her skin radiantly beautiful. Another secret to Evan Rachel Wood’s healthy diet is she keeps herself hydrated on a regular basis.

She drinks lots of water every day. The general recommendation is to drink eight to 10 8 oz. glasses of filtered water each day.

Evan Rachel Wood is also very active, and loves cardio exercises such as jogging, running, swimming, biking, and taking long walks. Wood enjoys the feeling of being energized with her workouts, and also loves practicing yoga.

Wood’s workout routine also wouldn’t be complete without dancing. It is no wonder why Evan Rachel Wood is in such good shape.

It is award season, and the stars must look their best. Evan Rachel Wood knows it; and as a result, she follows a strict diet and is also disciplined with her exercise program.