Home > Food Facts > Oils > Everything You Need to Know About Oils 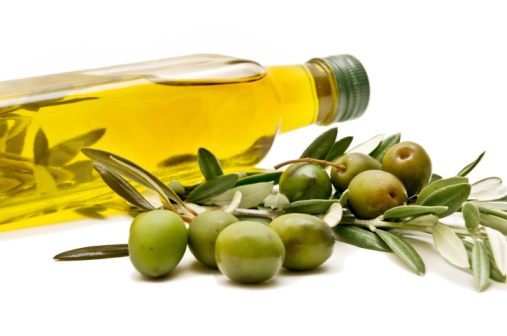 Various oils are used in your diet for cooking or consuming. But since oils have different compositions, they should be used for different purposes.

Canola oil, also called rapeseed oil, is cultivated and widely used in human nutrition. This oil is liquid at room temperature and contains low levels of saturated fat, but higher levels of monounsaturated fat, like the one found in olive oil, including omega-6 fat (typically contained within soybean, sunflower and safflower oils), and the omega-3 fats (found in flax and fish oils). Canola oil is an interesting vegetable oil, because it contains a lower ratio of omega-6 to omega-3 fat, which is important if you want to control the amount of inflammation in your body. That’s one of the main benefits of canola oil.

I recommend that you do not use this oil at a high degree of heat because of its relatively high amount of sensitive omega-3 fats.

Olive oil is similar to canola oil, except it contains more saturated fat and can take medium temperatures, which would be the case with stir-frying. Many people who follow a Mediterranean diet, which is rich in olive oil, nuts, and vegetables, to name a few things, have a lower risk of heart disease and stroke.

Use extra-virgin olive oil (best if stored in a dark container) and add the oil at the end of the cooking process. You can also use this oil at room temperature as a condiment or salad dressing.

Peanut oil is also safe to use in stir-frying because they contain no omega-3 fats, so it is considered more stable to use with a medium heat source.

Benefits of Corn and Soybean Oils

In my opinion, sesame oil is one of the better oils to cook with for various reasons. First of all, it contains higher amount of monounsaturated fat, more saturated fat, and less polyunsaturated fat, making this oil much more stable at higher temperatures. Plus, it tastes great!

Oils to Use at High Temperatures

The oils that can stand up to higher temperatures are almond, avocado, and sunflower oils. Although I don’t like the idea of cooking with a specific type of oil at high temperatures at all, these oils are mostly monounsaturated and are stable enough to tolerate higher degrees of heating for short periods of time.

The best oil for frying is coconut oil, because it is high in saturated fat and can tolerate the high temperatures associated with frying.

Although it is a saturated fat, heating it will not produce trans fat. You should use coconut oil sparingly, but don’t be afraid to use it when you are cooking at higher temperatures.

Use medium to lower heats when cooking or grilling, and try to use the oils at the end of the cooking process. Oils like flax and extra virgin should be consumed at room temperature and not heated.