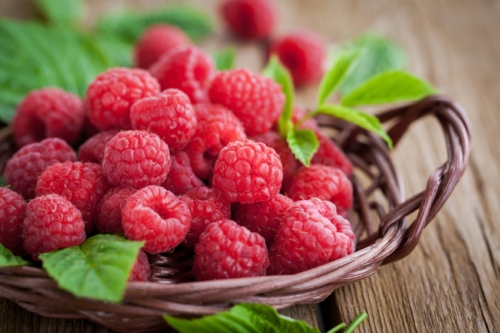 The forces of Big Berry have been converging recently to plug the health benefits of the red raspberry. To that end, six new animal studies looking at the effects of red raspberries on chronic diseases ranging from diabetes mellitus to heart disease will be presented this week at the 2016 Experimental Biology conference in San Diego.

The conference is an opportunity for these and other studies to be presented and discussed among the scientific community.

Since all six raspberry studies are animal trials, it is important to remember that their usefulness in determining human effects is limited at this stage.

Many effects observed in animal trials do not translate into humans, but animal tests can offer some insight into possible mechanisms behind an effect and also suggest plausible avenues for human research.

Raspberry Animal Studies to Be Featured

In addition to the earlier point about animal trials not often translating into human results, there is one distinct caveat to keep in mind when considering these studies.

All of this research, except the second Oregon State study (the one with ellagic acid), was funded by the National Processed Raspberry Council.

This is probably why all of the animals who were fed whole raspberries were specifically given freeze-dried versions. In fairness to Big Berry, their funding of the studies does not automatically invalidate the findings, but it does mean they need to be assessed with a more careful lens.

Fortunately the Experimental Biology conference is a good place to get the possible validity of the findings assessed and might inspire other scientists in attendance to try their own raspberry trials, potentially even with humans.