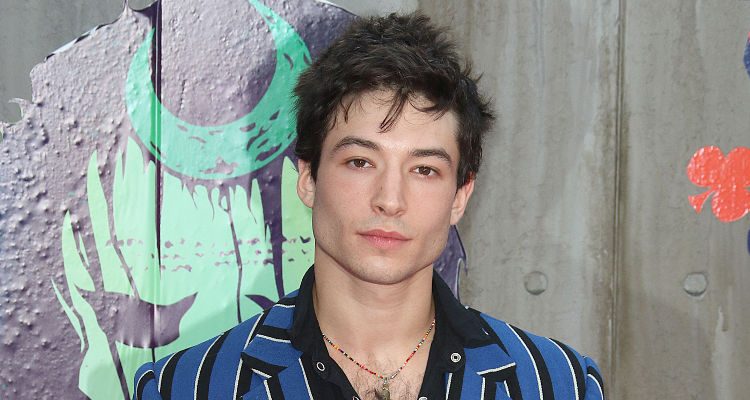 Ezra Miller and Ray Fisher have both bulked up for their roles as The Flash and Cyborg in Justice League. The two actors have been hitting the gym for some intense workouts and training sessions in order to build muscle for the part of their respective superheroes.

The cast for the upcoming Justice League film are all working extremely hard to look their best for what is expected to be an amazing film. From Gal Gadot’s Wonder Woman to Henry Cavill’s Superman, all the stars are training their hearts out to look like the ultimate superheroes.

Ezra Miller Gets Buff to Be The Flash

Miller has always been skinny, but he transformed his body quite a bit in order to play The Flash. His transformation involved intense workouts and a strict diet plan, which together helped him gain a lot of muscle.

Miller is known for being a slim guy, but when he stepped out to the premier of Batman vs. Superman, he was rocking a much different look.

At the movie premier, Miller wore extra-fitted pants—or was it because his legs have massively grown in size? Even his red leather jacket seemed to be quite fitted. There aren’t many details about how Miller has managed his transformation, but whatever he’s doing is working wonders for him.

Fisher took to his Instagram to reveal his incredibly chiseled body, which he’s been working on to better fit into the role of Cyborg. He captioned it, “Half-Man, Half-Machine…#BORGLIFE #JusticeLeague.”

Fisher is seen flexing in the photo, and his muscle definition is unreal. He’s very much rocking 8-pack abs, along with super-muscular arms.

In the background, you can see some heavy weights on a bar along with gymnastic rings, which Fisher could be using in order to attain his muscular look.

In a previous post by Fisher, you can see him not only repping a t-shirt that says “Borg Life,” but also completing a very heavy, but very clean deadlift. If we assume each plate on that bar he lifted—rather easily—is 45 pounds, then Fisher managed to lift at least 360 pounds! Who knows, maybe Fisher really is half-man, half-machine after all?

This is what you’ll feel like after watching Batman v Superman: Dawn of Justice! #BORGLIFE #Batman #Superman #WonderWoman #batmanvsuperman #JusticeLeague

We can’t wait to see the transformations of Ezra Miller and Ray Fisher on the big screen as they play The Flash and Cyborg. Alongside the other cast members, the film is guaranteed to not only contain a lot of action, but plenty of muscle power too!