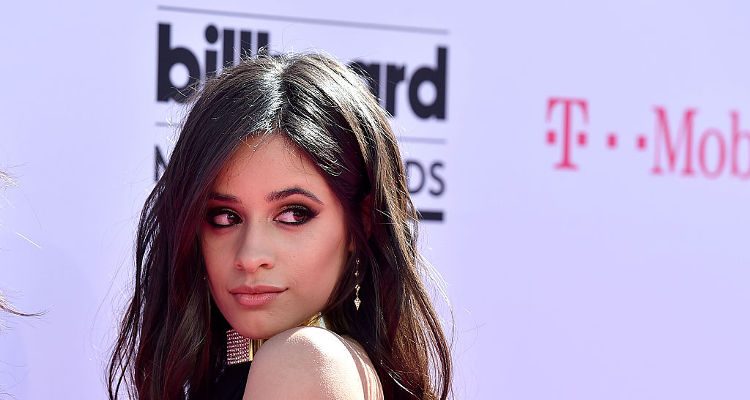 A few weeks ago, it was announced that girl band Fifth Harmony will perform at the American Music Awards (AMAs, #AMA) along with The Chainsmokers, James Bay, and Shakira, to name a few. The award show airs November 20th.

Fifth Harmony, of which Camilia Cabello is a member, were formed on the X-Factor USA in July 2012. Of Cuban descent, Cabello moved to Miami with her family when she was young. She is proud of her heritage and posted a pic to her Instagram account showing as much.

Her band is experiencing a rise in popularity as they move forward with their musical career. Some of their top chart hits include the songs “Worth It” and “Work From Home.”

Looking good is important for Cabello and is especially relevant in her industry. At 19, her slim physique is easy to come by, as it is for most people her age. But eating right and at least some exercise are important in keeping in shape and being fit. Being on the road and performing regularly requires stamina and good cardio.

In an interview with Pressparty, Cabello admitted that she had never worked out prior to joining the group. She said in the interview that “I never have a workout phase.” The singer recalls once while out in Los Angeles recording “they brought out a fitness instructor to get us all fit and healthy, and the first time… I remember the first 20 minutes because I had never worked out before in my life and I literally threw up.” She says it literally isn’t for her, working out, but that she will maybe try.

Cabello believes a person’s capacity for doing workouts and enjoying them is different for everyone. Of her bandmates, she says, “I know that Ally does Insanity, the Insanity workout. I know Dinah has these fits where she’ll get her rage out at the gym at like 1am…”

As for eating healthy while on the road, Cabello frankly says that they don’t, even though they try. Many celebs do admit that eating on the road can be tricky because finding healthy options is difficult.

“For me,” she says in the interview with Pressparty, “sometimes, I try to. I go through a phase where I try to and then I’m like, ‘oh, I miss Five Guys’, which is a burger chain. I’ve had Five Guys about, like, five times this week. Life is too short and you’ll make it shorter if you eat Five Guys, but whatever!”

At least her choice of breakfast is somewhat healthy. She likes to eat Special K with strawberries. Being young affords Cabello the luxury of not having to work out or focus on healthy eating. For the rest of us, we should avoid eating hamburgers five times a week and focus on consuming lots of fresh produce and lean proteins.