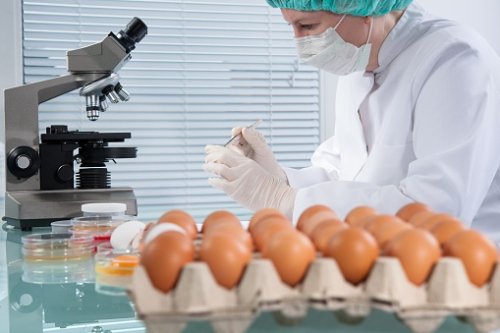 With foodborne illnesses and food poisoning in general being a recurrent part of life both in the U.S. and abroad, there is an understandable desire for a fast, easy to use method of testing for pathogens like E. coli.

A group of researchers from the Korea Advanced Institute of Science and Technology has released findings showing preliminary promise in a simple, paper-based test that could get accurate results in only fifteen minutes.

When it comes to testing for foodborne illnesses, there are two broad options. The first is to take a sample and send it away to a lab where specialized equipment and scientists are available to create cultures, isolate possible pathogens, and perform biochemical identification. This method is usually the most accurate but is also very time consuming.

The second option is the “rapid test”, which uses various field kits, automated methods, portable devices, or similar items. Rapid testing almost always requires the use of a growth medium and, although faster than the lab method, still takes several hours to a day to show results. Rapid tests also check for one or two specific pathogens so getting a full-spectrum food poisoning analysis takes multiple tests.

In considering diagnostic tests, there are two key values: sensitivity and specificity. Sensitivity is the ability to actually find what is being looked for and avoid false negatives. Specificity is the ability to not detect the wrong thing and show a false positive. Rapid tests are acceptably sensitive but in general suffer from specificity issues. Therefore, while a negative result can normally be trusted, a positive one requires confirmation.

Sensitivity and specificity can be influenced not only by the actual methods or chemicals used in a test but also in how it is carried out. The simple approach used by the Korean dipstick is meant to minimize or eliminate the potential for human error and allow testing for foodborne illness to be performed even by those without specialized training.

Although the dipstick certainly holds promise, it is still at a very preliminary stage. The paper is only a proof-of-concept and describes the use of the dipstick in solutions of E. coli and salmonella that had been given signal enhancements. In other words, the test was shown to work under some of the best possible conditions. More research will be needed to determine how usable the dipstick actually is, such as by identifying the following: