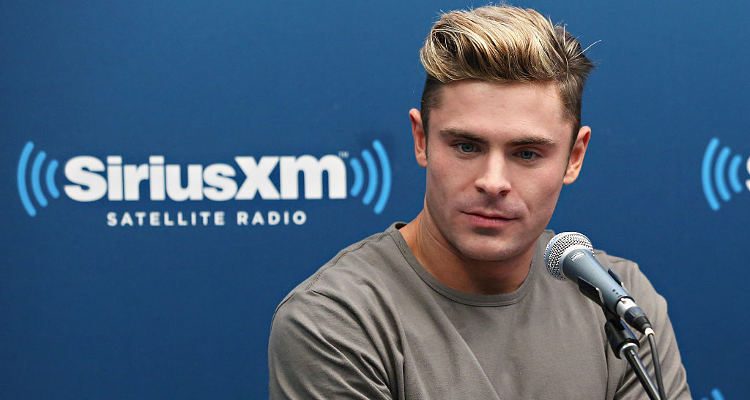 Super fit actor Zac Efron will be reuniting with his former co-star, Vanessa Hudgens, for the High School Musical reunion. Some people are speculating that Hudgens’ current partner, Austin Butler, might have a case of the green-eyed monster: jealousy.

Efron and Hudgens first met on the set of the Disney original, High School Musical, and dated for several years before splitting in 2010; however, some fans are still rooting for the two to get back together. Regardless, many fans also want to know how Zac Efron keeps his rockin’ body. So, here is a look into his fitness regimen.

As previously mentioned, fans worldwide are looking forward to the upcoming High School Musical 4. The reunion project is giving a lot of hopeful fans the chance to see them both on the big screen again.

With all of the build-up around the reunion film, there is a rumor going around that Hudgens’ partner, Austin Butler, has an issue with her working with Efron. It’s even alleged that the couple broke up because Hudgens was open to the reunion film. Others speculate that the two are secretly dating again—of course, none of this is confirmed.

What we do know is that Zac Efron is a huge hunk, and it’s not a surprise that Hudgens’ partner feels threatened; after all, he has an incredible figure and is very charming. To be fair, Efron wasn’t always so ripped. He has worked extremely hard to undergo a body transformation, especially for his role in the upcoming Baywatch film.

He had to bulk up for the role through a rigorous diet and exercise regimen, and the hard work paid off. Many people, including those in the fitness industry, are quite impressed with Efron’s efforts to get shredded and cut. He did achieve an 8-pack after all, and that’s no easy feat.

Efron’s workout regimen consisted of working his biceps, back, legs, shoulders, arms, and chest. He also follows an abs workout. The main feature of his workouts is something called supersetting. Supersetting means doing two exercises back to back without any rest in between.

It doubles as cardio and enhances more nutrition-filled blood to flow into the muscles, which causes them to increase rapidly. It is also excellent for burning more calories than your average workout. Much of his workout was focused on building muscle mass, and increasing his speed and agility to match that of a life guard. He also did a lot of weightlifting.

Zac Efron’s diet plan was super strict too. He followed a carbohydrate- and sugar-free diet, and only ate organic, free-range, and grass-fed protein, as well as leafy greens. This diet obviously helped Efron get down to five percent body fat and become completely lean and defined.

Carbohydrates and sugar are converted into fat by the liver, so in eliminating these foods, Efron was able to shed all the excess weight and was left with tons of muscle.

Who else is excited to see Efron and Hudgens reunite on the big screen?