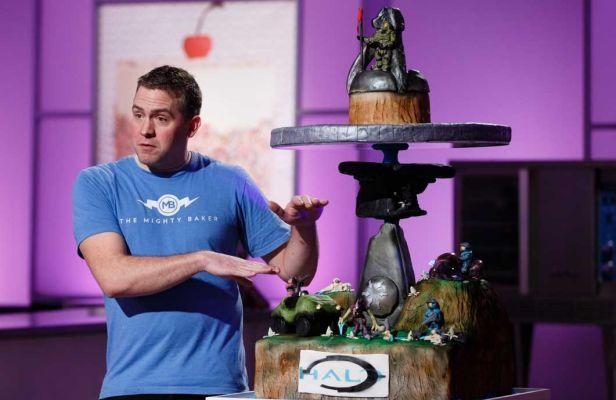 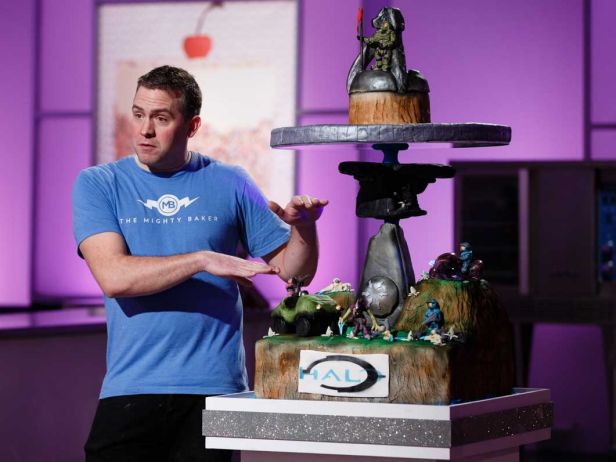 Peter Tidwell starred on the Food Network’s Cake Wars and won a grand prize of $10,000 for baking a cake themed around the popular Halo video game and wowing the Cake War judges.

Tidwell is a Brigham Young University graduate and the owner and head baker of The Mighty Baker in Provo, Utah. After he won the episode, his second cake was showcased at a video game world championship. Halo is a story centered on a space-age war commander, Master Chief, and the players of the game battle against extraterrestrial forces. The game was first released for the Xbox in 2001, and Tidwell says he played it on a daily basis when it came out.

In the first round of the Cake Wars competition, the bakers were asked to prepare a cake within 75 minutes that looked like one of the alien villains from the game. Tidwell made a cranberry cake with blue cheese-and-honey frosting that was shaped like an eight-legged Flood infection form. Tidwell admitted he was hesitant about taking a risk by using blue cheese, but he argued that it pairs well with tart fruit, and he turned out to be correct.

The judges for the Halo-themed Cake Wars episode were regulars Waylynn Lucas and Ron Ben-Israel, and guest judge and Xbox Live Director of Programming Larry Hryb.

The judges approved of Tidwell’s risk taking in the preliminary round. In the second round, Tidwell baked a chocolate brownie pound cake with vanilla Italian buttercream. The cake depicted a scene of heroes and villains battling on the bottom layer, and the Master Chief character on top of the cake. What did the judges say about his chocolate masterpiece? Both Lucas and Ben-Israel loved it. “This is a brownie cake if I’ve ever had one,” Lucas said.

“It absolutely works.” Ben-Israel added. “The problem with your cake is [it’s] going to keep me playing all night. It’s packed with such chocolate flavor that it’s impossible to have only one bite.” It sounds like a real hit.

What did it mean to win this competition for Tidwell? The father of three says it was very meaningful to him because it set an example for his children, letting them know it is possible to accomplish their dreams.

Pete Tidwell’s final thoughts on the Food Network’s Cake Wars challenge: “I created this amazing cake and it’s going to be a special thing to be able to remember about how special of an experience this has been.” Tons of Halo video gamers at the Halo world championship would probably be thrilled with Tidwell’s creative cake skills. That is why Tidwell walked away with the winning prize of $10,000—he totally deserved it!