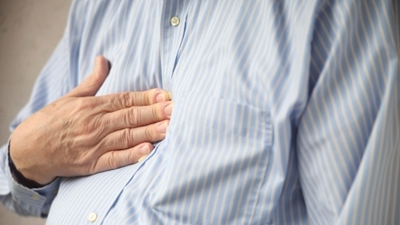 Acid reflux disorder, also called gastro-esophageal reflux disease (GERD), is a very common disorder affecting about 15 million adults in the U.S. who suffer from it on a daily basis. The disorder is caused when digestive juices from the upper stomach pass into the lower and mid-esophagus through the gastro-esophageal sphincter muscle valve. Under normal circumstances, this valve is closed to prevent stomach contents from backing up into the esophagus.

One of our readers asked what can trigger acid reflux and how to control it. Let me explain.

The most common cause for this disorder is the relaxation of the gastro-esophageal sphincter from various triggers. There are various types of foods and drinks which aggravate this including alcohol, coffee, peppermint, chocolate, and fried foods.

If you have a tendency to suffer from GERD, foods which contain a higher acid content like citrus, bell peppers, and tomatoes can aggravate the symptoms. Foods containing chilies or a high spice or sodium content may also lead to the aggravation of symptoms.

Other common causes include obesity, pregnancy, and a condition known as hiatal hernia. This condition is caused when the upper portion of the stomach is located above the diaphragm instead of under it. Although this condition does increase the likelihood that you could experience GERD, it frequently does not. Another frequent cause of GERD is smoking.

There are a few things that you can do to control this disorder:

Try to eat foods that are unprocessed, not spicy and not fried. Try to avoid the foods that can aggravate your symptoms and consume smaller portion sizes more frequently. If you are overweight or obese, losing weight may completely rid you of this problem as would the elimination of smoking or alcohol consumption.

Elevating your bed with pillows can also help alleviate the symptoms of GERD that can frequently occur at night. Also, avoiding the consumption of food at least two hours before bedtime may also be advisable.

Other than the myriad of drugs available for this condition which your health care provider or pharmacist can offer, there is another alternative you may want to consider.

The remedy is cheap and available in most health food stores. It is called DGL, or deglycyrrhizinated licorice. The product is sold as chewable capsules that you simply chew and let dissolve in your mouth before swallowing. This product is extremely safe and effective at alleviating the symptoms of GERD.

Whenever you feel the classic symptoms, chew one or two DGL capsules and slowly swallow them as they dissolve. This will help control the burning sensation if used immediately. In addition, this product will also help heal the damaged inner layer of tissue lining the lower esophagus. You can continue to use this product indefinitely until the condition is under control.

Quite frequently, GERD will respond favorably to lifestyle changes. If it does not, consult with your professional health care provider.