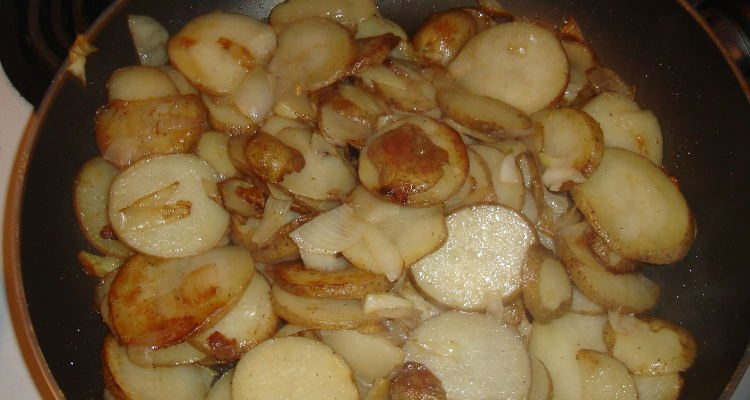 French fries, chips and potato wedges all help satisfy your salty cravings. Potatoes taste delicious when fried, so you may even overlook the calorie content. However, fried potatoes can not only make you fat but also elevate your risk of mortality, according to a study published in The American Journal of Clinical Nutrition.

When it comes to fried potatoes, your list isn’t just limited to French fries or chips. It also includes waffle fries and golden hash browns. But the more you indulge, the higher your risk of premature death.

We know fried potatoes are unhealthy, but there were no studies supporting this claim. Now, a few studies state that fried potatoes and the mortality rates are interlinked. One such study is published in The American Journal of Clinical Nutrition. Researchers have some evidence suggesting that the consumption of fried potatoes, more than two or three portions a week, is associated with premature mortality.

For the study, the researchers from the Osteoarthritis Initiative analyzed 4,440 participants aged between 45 and 79 years over an eight-year follow-up period. The researchers gave participants food-frequency questionnaires to categorize their potato consumption.

During the eight-year period, researchers found that out of the 4,400 participants, 236 participants died. The participants who consumed fried potatoes two to three times per week or more showed an increased risk of mortality.

Consuming potatoes in other forms such as boiled, cooked, or baked is not related to mortality, says the study. Also, the age or sex of participants did not influence the results.

Why Are Fried Potatoes Dangerous?

The National Potato Council CEO, John Keeling, says that potatoes are a healthy vegetable. It has no fat, no sodium, no cholesterol, and more potassium than a banana.

What makes it dangerous is the method of preparation, especially frying. According to the National Potato Council, Americans consumed 112.1 pounds of potatoes per person in 2014. It included 33.5 pounds of fresh potatoes and 78.5 pounds of processed potatoes, mostly in the form of French fries.

Fried Potatoes Are High in Fat

Chips, French fries, and waffle fries are fried and sprinkled with salt. They are high in calories and carbohydrates. These fried spuds absorb cooking oil during the frying process, which increases their fat content.

A person’s diet should include 65 grams of healthy fats, while a serving of French fries alone has 24 grams. A study conducted by the Diabetes and Obesity Center of Excellence at the University of Washington in Seattle, states that a diet high in fats injures the brain nerve cells that are responsible for controlling body weight.

Fried Potatoes Have No Fiber

Fiber helps in digestion and prevents the excess release of insulin. Potatoes are peeled before making fries, chips, or hash browns, which removes the fiber content contained in them.

If starchy foods like potatoes are baked, fried, or roasted at high temperatures, they produce acrylamide. Starchy foods shouldn’t be refrigerated as it leads to more acrylamide production.

Dr. Nicola Veronese, a scientist at the National Research Council, said that fried potatoes alone aren’t responsible for elevated mortality risk. Other factors like high sodium intake, obesity, and a sedentary lifestyle may also be responsible for death among those consuming two or more portions of fried potatoes each week.

Fried potatoes may elevate the risk of mortality, so it is better to limit your intake and enjoy them only once in a while.