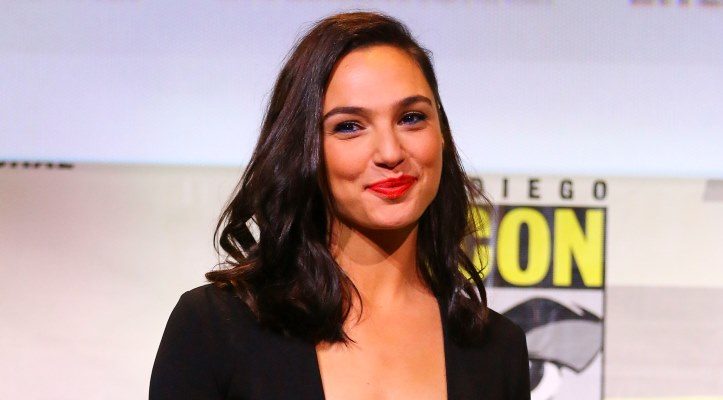 Gal Gadot’s upcoming movie Wonder Woman is expected to hit theaters in 2017. The coveted role is a dream come true for the 31-year-old Israeli actress.

Now she’s set to take the lead, and Gal Gadot in Wonder Woman is a sight to behold!

When Zack Snyder initially cast Gadot as Amazonian princess Diana Prince, many criticized the choice, saying the former model was far too skinny and not athletic enough for the role.

Those eager to see Gal Gadot gain weight for Wonder Woman won’t be disappointed. The 5’10 Gadot reportedly gained 50 pounds of weight and muscle mass to fill out her thin frame. Gadot embraces her newfound figure, curves, muscles, and strength.

The stunning actress says she has zero time between movies, and constantly follows her weight-gain diet and fitness plan to prepare for next year’s films.

Determined as ever, she enjoys her Wonder Woman workout, especially a boxing exercise that keeps her physically fit for the fight scenes in the movies. Check out her muscles in this Twitter pic from earlier this month:

One of my favorite workout routines! #boxing #workhard #workoutwednesday pic.twitter.com/EfKkPkFvgG

Basically, Gal Gadot has proven her critics dead wrong. Gadot literally looks like she could knock your head off with those arms, doesn’t she?

In all likelihood, she’s probably been boxing for quite some time. The former Miss Israel previously served in the Israeli Defense Forces as a fitness trainer from the age of 18 to 20.

Gal Gadot enjoys weight training, cardio exercises, yoga, and Pilates workouts to prepare for the role. Weightlifting is an effective way for women to tone and lean their body without getting a masculine or bulky look. Gadot’s results are fantastic!

Gal Gadot’s trainers are Thomas Bradley and Mark Twight of Gym Jones. The goal behind the Gadot’s workout was to sculpt her muscles into a believable superheroine.

It’s not just about the one-hour gym workout. The time spent away from exercise is just as important. For instance, Gadot must make sure she is getting enough sleep and the proper nutrition.

What is Gal Gadot’s daily meal plan for Wonder Woman?

Gadot focused on a healthy lifestyle, while eating high amounts of vegetables and lean protein, and drinking lots of water. She drinks at least one gallon of water each day.

Although Gadot loves to eat, she acknowledges that food is fuel; therefore, she eats whatever will give her the best body possible. While Gadot does eat plenty of leafy green vegetables, enjoys eating ice cream, chocolate, or burgers from time to time.

Gal Gadot is Wonder Woman, but it didn’t come easy. She gained – and maintained – muscle by working out and eating right. After all, she is playing the ultra-strong, mythological goddess for a number of DC Universe films.