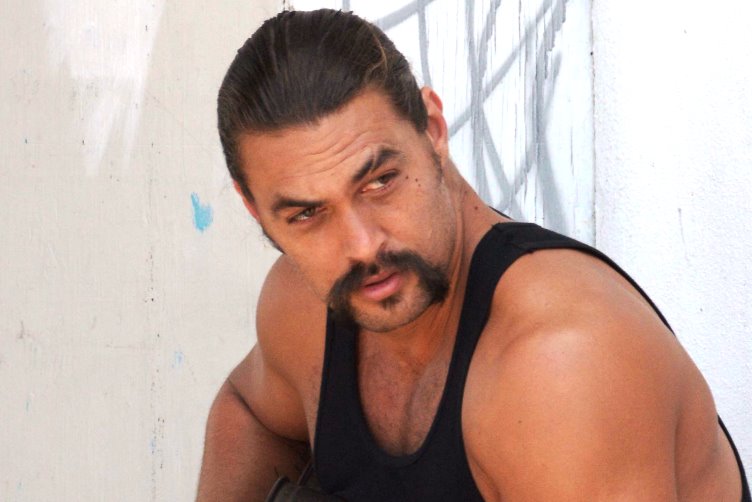 Jason Momoa, aka Khal Drogo, from Game of Thrones is jacked—and he likes to remind people. The star, who spends an hour shirtless on television screens across the globe, has recently been sharing shirtless training videos of himself in the gym.

The journey to getting lean for his upcoming Aquaman role seems to be why, and he’s capturing the transformation for all to see.

From Big to Shredded

Workouts are nothing new for Momoa, who has a big, muscular physique. His size on Game of Thrones is a result of heavy lifting and heavy eating, but for Aquaman he needs to make a few changes. He’ll be going for a lean, shredded physique so he’s got to alter his diet and workout routine.

He told AskMen.com that he prepped for Khal Drogo by eating pizza, drinking Guinness stout and lifting heavy. But to get shredded he’ll be taking a different approach.

His daily diet and workout routine will undergo some changes so he gets the aesthetic he’s going for.

The first thing he’s doing is dialing in his diet. If he wants to get lean he’ll have to ditch the pizza and beer, and any other food that’s high in carbs and calories. Instead he’ll be opting for healthy fats and proteins and plenty of green vegetables.

HOLY SHIT. @guinnessus the open gate brewery In Dublin. Just brewed the first ever. MOMOA brew. The Mano. The first sour. From @Guinness. Come down and try. I’m officially blown away love u @feds_h

He’ll likely have the occasional carb refeed day—which for a body like his I would guess occurs every three to seven days. He may include a small amount of carbs in his daily diet, likely opting for sweet potato or oatmeal, and likely only around workouts.

The reason for this is that the your body draws on glycogen to fuel exercise, so making sure stores are available, then adequately replaced, is essential to hard workouts and stimulating muscle growth.

You’ll see in his Instagram photos and training videos that Momoa takes a pretty barebones approach to fitness, He’s not using a bunch of fancy machines, but rater relying on barbells, racks and free weights.

As he leans out for Aquaman he’ll likely preform more isolation movements like bicep curls, abdominals and chest flyes to bring out the detail in his physique. But the core strength movements he seems to prefer are compound movements that utilize multiple muscle groups.

He believes in training relatively heavy and with high intensity, which is great for muscle growth, fat loss and strength. But I’d be willing to bet that as he gets further into his Aquaman prep he’ll be opting for lighter weights, less rest and much more reps!

When you have a goal in mind, you need to make the right adjustments to meet it. The variables involved include a healthy diet, training style, exercises, rep ranges, intensity and cardio.