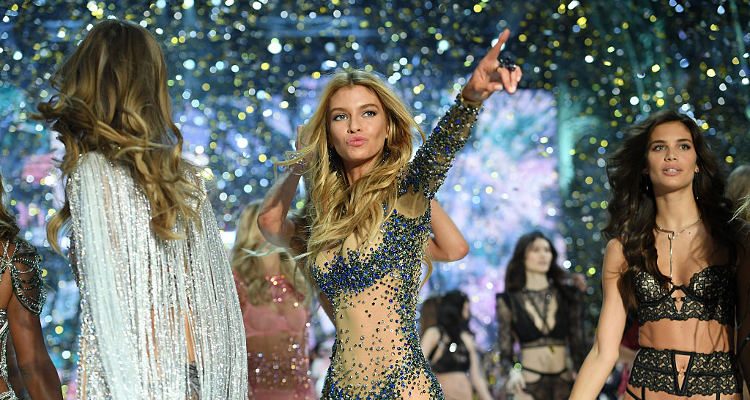 Making the cut to be a Victoria’s Secret model for the Victoria Secret fashion show 2016 that just happened this past week in Paris at the Grand Palais is a major deal for those in the modelling world. It leads to better contracts and projects, and working with top designers. New Zealanders Georgia Fowler and Stella Maxwell are two newcomers to the Victoria’s Secret runway, having just done their first show with the lingerie brand. The kiwi models beat out many contenders, including Hailey Baldwin, who was hoping for a spot alongside her friends Gigi Hadid and Kendall Jenner.

Fowler, 24, joined the other models on the catwalk at the Victoria’s Secret Fashion Show dressed in a green and gold bejeweled underwear set. Maxwell was there with her, soaking up the glory and honor of walking in such a prestigious show.

In an interview with Spy, Fowler said that upon hearing she made the cut to join the VS Angels team for the show, she “burst into tears of joy,” and was “still emotional just thinking about it.”

“I have dreamed of being in the Victoria’s Secret show since I was a child, and grew up with angels plastered on my diaries,” she added.

Workout and Diet Secrets of Kiwi Models Fowler and Maxwell

In an interview with Buro magazine, Fowler said that she tries to stay in shape regardless of whether there is a show coming up. “I try to stay in shape all the time, usually shoots or shows book only a few days prior so it’s a bit late to be working on a six-pack by then!”

She tries to go to the gym five times a week and always mixes up her routine because it shocks the body and keeps it exciting for her. To keep motivation high, she adds a number of exercises to her routine, including boxing, spinning, and Pilates classes with weights and regular visits to the gym. When she travels, which is quite a bit, she takes a skipping rope along and does a Nike Training App workout in her hotel room.

As for food, she sticks to healthy foods that offer a ton of nourishment. The list includes eggs, avocado, tomato, and spinach for breakfast, or an omelet. Lunch and dinner always have some kind of protein, usually fish or chicken, with a salad or vegetables. Her diet is flexible and does not allow for processed foods or sugar- and carb-based foods.

Stella Maxwell is a regular girl, except for the fact that she actually does wear a bra around the house without a shirt. Apart from that, like many people, she loves to eat avocado toast with chile and lemon for breakfast and enjoys regular consumption of almond milk lattes.

Her workouts are mostly done around her shoots, so they can be in the morning or later on in the day. It all depends on her work schedule. In an interview with Coveteur, she said “I’ve been doing a lot of weight training and toning lately—a lot of lengthening of the muscles; trying to create lean muscle rather than bulking up.”

She tries to change her exercise patterns a little bit for every workout. “It’s good to not let your body get too used to your routine.”