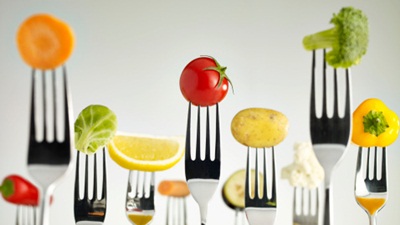 When it comes to cooking, there’s no denying some foods taste far better depending on the method used. A steak or hamburger will always taste better on the grill, lasagna will be soupy and gross if it’s done in the microwave, and vegetables seem to be at their best when sautéed in a frying pan. But when we look beyond taste, is there any nutritional value added to the way foods are prepared?

It is true that certain vitamins and minerals are affected when vegetables are cooked, regardless of how they’re prepared. It all has to do with how these specific nutrients react with heat. For example, broccoli will lose a little bit of vitamin C when it’s cooked because vitamin C breaks down when it’s exposed to heat. But what many people fail to mention is that it will lose its vitamin C regardless of how it’s cooked. In fact, it may lose fewer nutrients in the microwave because the cooking time is much shorter.

It’s important to remember that the food will not lose a lot of its nutrition during cooking, and it seems that the nutrients that do break down are often those in large supply, anyways. You won’t experience any nutritional deficiencies regardless of how you cook food.

That being said, boiling vegetables can limit nutrition in a number of vegetables. The hot water actually drains some nutrients, but this can be avoided when the same water is used to make a soup or broth, for example. Purchasing a steamer is recommended for preparing vegetables because it leaves nutrients intact and in some cases, like with spinach, it actually releases nutrients unavailable in raw form.

In some cases, like with carrots, more nutrients are actually released when they are boiled. So once again, it really depends on preference.

When it comes to preparing any food, it’s important to pay attention to the cooking time and temperature. Burned food can become carcinogenic and harmful to your health. Therefore, if you see a burger, steak, chicken or potato that’s charred, leave it on the grill or throw it out; you don’t want to eat it.

People who tell you your microwave is radioactive and will kill your food or give you cancer don’t know what they’re talking about. It simply heats up the water molecules in foods faster than a stove can. Whatever your favorite method of cooking is, stick to it. At the end of the day, eating vegetables is a healthy option no matter how they are prepared.

Some vegetables are better to steam from a nutritional standpoint and also because it’s simply more practical. Because steaming too long can turn your veggies mushy, it’s a good idea to stick to vegetables that are a little stronger.

Some of the best veggies to steam are:

Although it’s typically recommended to go with fresh food, it really doesn’t matter. This is mainly because fresh food—meat, fruits, and vegetables—are typically free of preservatives. However, fruits and veggies that are picked in prime season and frozen still possess all of the nutrients they do when in peak form, so they are great sources of nutrition.

This is important, especially for people who live in cold climates where fresh fruits and veggies are not available year round. If you can, limit the veggies and fruit you eat out of a can. Other than tomato, most canned veggies lose a lot of nutrition in the preservation process.