Home > Celebrity Diets > Gigi Hadid and Bella Hadid, the First Sisters to do VS Fashion Show 2016 Together, Fitness Secrets Revealed 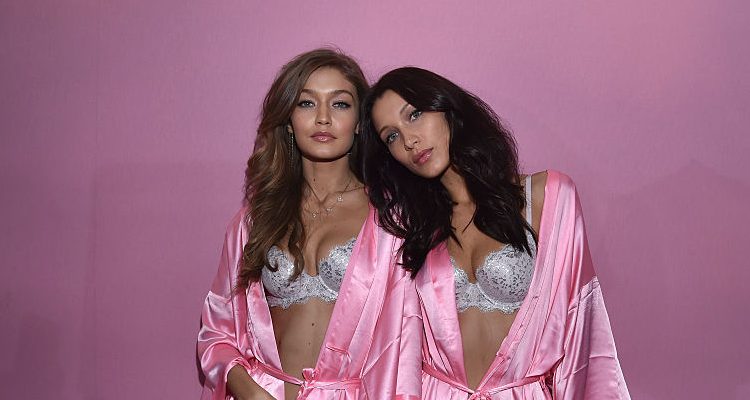 Gigi Hadid and Bella Hadid are arguably some of the luckiest sisters in the world. Not only are they both incredibly attractive, they are also certified Victoria Secret Angels, and both walked the runway at the Victoria Secret Fashion Show 2016 yesterday. It is the first time in history that two siblings walked the Victoria’s Secret runway together. This is just a bonus, because let’s face it—we all can’t get enough of the Hadid sisters. Here are their fitness secrets.

At just 20-years-old, Bella Hadid is taking over the fashion and runway industry. After auditioning for the Victoria Secret Fashion Show, she admitted on their Instagram that she was very nervous! That’s understandable, as her sister walked it in 2015, and those are some pretty big shoes to fill. She was dressed in a black lacy bra for her audition, and she clearly impressed! The best part is that her sister Gigi will be by her side during the whole experience, as she will be strutting the runway for the second time. Think back to those iconic abs! We’ll get to Gigi soon, but here is how Bella Hadid stays in shape.

Bella is a big fan of cardio exercises. She likes to run on the treadmill and outdoors. She also loves Pilates and yoga, and enjoys taking walks around New York City. Because she feels self-conscious in front of a personal trainer, she likes to work out solo. She exercises whenever she has time, and makes an effort to get in at least 15 minutes of cardio per day. She also loves horseback riding; something she’s done since the tender age of two. Bella admits she doesn’t like working out very much, but when she does, she really likes to challenge and push herself to her limits.

Bella doesn’t have any diet secrets. She doesn’t believe in dieting. She eats whatever she wants and can actually be a bit indulgent. She likes burgers, pizza, grilled cheese, diet Coke, and French fries. She knows this leads to weight gain, so she tries to balance it out by drinking green juices once per week.

She also has some food allergies or sensitivities to wheat, dairy, and junk foods, so she is better off not eating these foods (although it is hard for her to resist). Before a show, her diet is a little different, and Bella will eat avocado toast, veggie soups, or grilled cheeses—they help fight her nerves and are lighter options.

Gigi Hadid maintains her amazing figure through a combination of diet and workout. She has been sporty since childhood, enjoying volleyball and horseback riding like her sister. These days, Gigi really likes boxing workouts; they help her feel strong and active—not to mention how fun it is! She boxes pretty much every day when she’s in New York City. She begins her boxing workouts with warm up exercises like ladder training and jumping rope. This also helps her get lean and lengthy legs. She works alongside her trainer, Rob Piela. For Gigi, boxing is a sport and an activity that challenges her to get better, which is good for her competitive nature. She usually ends her work out with a ballet-inspired floor routine.

Gigi’s workout also includes a lot of core cardio training and bodyweight training. She is not a fan of SoulCycle workouts like some other celebrities.

Her fitness philosophy is to eat healthy and workout regularly. This is a pretty down to earth approach – but that’s what works! Although Gigi follows a healthy diet, she admits that cheat days are vital to staying sane. She enjoys cheeseburgers, fries, and pasta on cheat days. She also admits that she only has cheat days because she works out regularly to find a balance. Gigi likes preparing her own food too. She likes making healthy smoothies for herself. Yum!

Yolanda Hadid must be so proud of her girls. Catch the VS Fashion Show, which airs on December 5th.

Freeman, T., “Bella and Gigi Hadid Will Be the First Sisters to do the Victoria’s Secret Fashion Show Together” Maxim website; October, 27, 2016; http://www.maxim.com/women/gigi-bella-hadid-victorias-secret-sisters-2016-10; last accessed November 30, 2016.